The Quiet Presence of Theosophy, or
Universal Wisdom, in the Hebrew Tradition
Carlos Cardoso Aveline

Moses Maimonides, Helena Blavatsky and a recent edition of “The Guide for the Perplexed”
For almost 2,000 years, anti-Semitism has been a self-inflicted wound and a disgrace in human civilization.
Through the systematic persecution of Jewish nation and tradition, Western Culture has deprived itself of some of its greatest treasures, in ethics, in wisdom, humanism, and spirituality.
For dozens of centuries, generation upon generation of Jewish citizens have been slandered, humiliated, put in prisons, tortured, assassinated, or forced into accepting Christianity as a practical means to avoid being killed.
Operating under the discreet blessings of the Vatican priests in the first half of 20th century, Nazi-Fascism was an especially intense stage in such a process of fratricide. Even in the 21st century, anti-Semitism is popular in more than one country. And this, one must confess, is due in part to the significant limitations of the modern theosophical effort.
In spite of many obstacles, however, students of esoteric philosophy have been slowly helping to build the foundations of a civilization which will live in harmony with the law of universal brotherhood. Theosophy has decisive things to say about the Jewish culture. That includes discussing its failures, its strength, and its essential unity with the eternal wisdom of all nations. In that which matters most, Theosophy is a natural ally to the Jewish tradition. Esoteric philosophy defends humanistic values, proclaims the right to religious diversity and advocates liberty of thought. It also condemns religious movements which persecute, kill, or make wars in the name of any god.
Regarding the negative aspects of the Jewish religion, there are criticisms in the books of Helena Blavatsky.  Frank debate and self-criticism are essential features of the Jewish tradition, and the Jews share this habit with the Russian culture where Blavatsky was born.
While Theosophy sees limitations in the conventional Judaism as a religion, its views regarding Islam and Christianity are much more severe. One reason for this is in the accumulated Karma of these two domineering and violent religions. In “Isis Unveiled” and other writings, Blavatsky strongly attacks the main long-term sources of persecution against the Jewish people: the dogmatic aspect of Christianity and the theological policies of the Vatican. She writes:
“However superhuman the efforts of the early Christian fathers to obliterate the Secret Doctrine from the very memory of man, they all failed.”
And a few lines later she adds:
“Verily, the fiendish spirits of fanaticism, of early and mediaeval Christianity and of Islam, have from the first loved to dwell in darkness and ignorance; and both have made
…………… the sun like blood, the earth a tomb,
The tomb a hell, and hell itself a murkier gloom!”
Blavatsky proceeds:
“Both creeds have won their proselytes at the point of the sword; both have built their churches on heaven-kissing hecatombs of human victims.”[1]
And these victims were often Jewish.
The Theosophy of Judaism 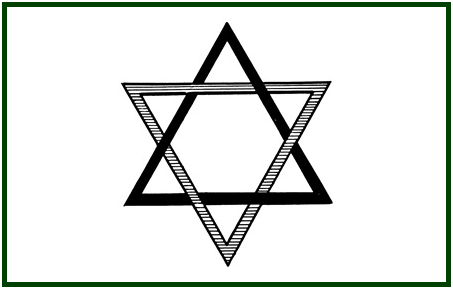