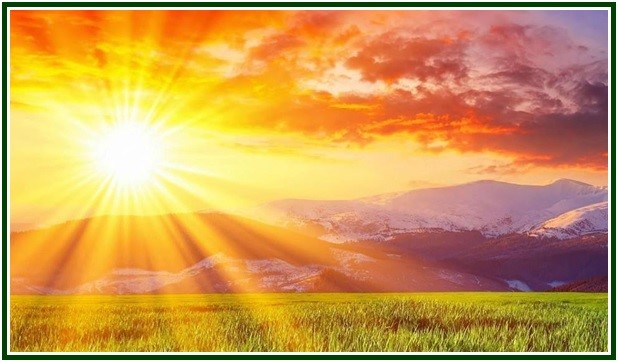 There is in many an initial “fire”, a desire to know and understand that leads them into a personal quest to find out about the mysteries of Life.
It was in 2014, while doing some research on Leibnitz, that I came across the websites associated to “The Aquarian Theosophist”. I found the approach of this group serious and philosophical, and started to participate in its Group “E-Theosophy”.
I then began to understand that a myriad of approaches to philosophy can resonate with our own personal path. I realised that the Theosophical Movement is not to be seen as a formal “Society” in which we have a membership card, pay a subscription and a hierarchy of “enlightened people” will be gradually revealing the truth for us, by degrees.
Having found a clear affinity in the view of the Theosophical work that was created by “E-Theosophy”, I participated in its editorial effort in Spanish, translating chapters from the book “The Fire and Light of Theosophical Literature” [1] and various articles that consolidated my learning about the movement.
I was entering a new phase of approach. I had seen that the Movement cannot be forced into artificial human structures of power. The Movement is a tide of effort for the benefit of Mankind. It has been present in Humanity since much earlier than 1875, when Helena Blavatsky started her public work.  I had connected through affinity and experience with the Movement as a whole, in all its exoteric and esoteric aspects. I had begun to realise the different levels at which the Movement works.
As a living organism, the theosophical project gets revitalised by the constant renewal and effort of its “associates” (which do not require bureaucracy of any kind). There are many Theosophists who, in their actions, live Theosophy (basing their actions on Ethics) and many Theosophists with membership cards of any description that are only nominally involved in Theosophy.
After much study and consideration, I had found that I shared with the members of E-Theosophy the methodology in study and the necessary support to give and receive through travelling along the Path. These can be very different to each individual, but the main thing is whether is a Lodge, a group, etc. this must be an egregore of minds with whom one has strong affinity. The strength of the bond of these groups is not external (power, money) but the strength of the individual commitment of its members.
In September 2016, after careful consideration of the Theosophical Movement globally, the members of E-Theosophy and other frontlines decided to start the Independent Lodge of Theosophists, ILT, as it was considered that the group had its own approach to the Movement, and in full respect for the wider Lodge from which the ILT emerged. At this stage I decided to become an associate of the ILT.
The theosophist who finds his or her natural place to grow with others within the Movement also realises that each individual effort contributes to the Movement, and the Movement feedbacks into the student.
The individual realises that his or her thoughts, speech and actions have an inevitable effect in the theosophical egregore, which, like a set of batteries in series, helps Mankind with their collective intent and their effort. As groups of humans, there can be mistakes, but when a mistake is made from a place of commitment and responsibility, it is an element of growth and no effort gets ever wasted. Sincerity is key here, as the effort has to be honest and have internal congruence and consistency. Altruism cannot be hampered by political correctness, or even worse, hypocrisy and blind belief.
No one who approaches the Movement should expect a “top down” Pedagogy. Granted, there will be people who are more advanced in the study of Theosophy, more familiar with the canon of Literature, more involved in developing Literature by re-contextualising the canon. There are no “degrees”, secret oaths, rituals and a passive Pedagogy. Each individual progress is based upon merit and effort and there is no external guru or Master apart from our own Higher Self.
The aim of the Movement is not the selfish growth of its individuals. It is rather to provide a set of guiding references and lights for noble, high ideals. It is to help Mankind in its evolution; and it is far from new. Many a movement which inspired mankind to improve itself (emancipation of slaves, worker’s rights, nuclear disarmament, animal welfare, ecology and so on) has been stimulated by those Elder Brothers, the Mahatmas, who have been overlooking and helping Mankind since the beginning of time.
NOTE:
[1] “The Fire and Light of Theosophical Literature”, Carlos Cardoso Aveline, The Aquarian Theosophist, Aveiro, Portugal, 2013, 255 pp.
000
Born in Spain, theosophist Juan Pedro Bercial holds a MSc degree in Pure Mathematics (Geometry), and PhD (Materials Science). He currently teaches Mathematics at a College in the North West of England.
000
The above text was first published on 15 April 2018.
See also the articles  “Profile of the Independent Lodge”, “The Creation of the ILT in 2016”, “Independent Lodge and the Movement” and “Three Dimensions of an Effort”.
000