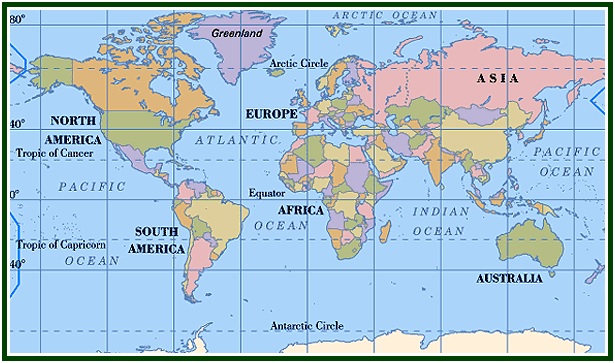 There is in our century a psychoactive war being made against the lucidity and good sense of human mind.
It unfolds as a karmic boomerang, seemingly returning from the Opium Wars of the 19th century, when England, then the main world power, imposed on China the intensive use of Opium.
Yes, that profoundly Christian country, the land of Shakespeare and Dickens, the birthplace of so many moral thinkers, used Opium as a dirty weapon to morally defeat the Chinese and conquer their country.
The first Opium War took place in 1839-1842. In the second Opium War, during the 1850s, England had the help of France to once more militarily defeat China. Thus the two sincerely Christian countries made sure that the Chinese nation was ethically destroyed and the drug-trafficking and colonial exploitation could go on as they wished. The officially imposed drug-dealing was called “free-trade”.
Sooner or later, one way or the other, whatever is sown in life must be harvested. The law of reward and punishment is taught in Deuteronomy, chapter 7, and many other Scriptures, Jewish, Christian and Eastern.
In the 21st century, the West seems to be the primary target of a war against the lucidity of its inhabitants, while the influence of China over world affairs and global economy constantly grows, often in mysterious and indirect ways, which is part of the Asian style and culture.
In our Western, largely Christian civilization, the wide use of alcoholic drinks is now combined with a growing consumption of marijuana and other psychoactive substances.
To this process one must add the intensive psychological effects of mass-propaganda and the sad levels of disinformation spread by conventional journalism.
There are various orders of factors stealing from people their common sense and harming their natural ability to think aright.
A significant portion of human population lives in emotional slavery and remains dominated by animal impulses. Talented individuals are addicted to groundless daydreaming and pseudo-intellectual speculations. Many others obey to spiritual reveries devoid of practical value, or follow blind religious fanaticism, of which there are a number of varieties.
Several selfishness-based forms of “Psychology” have reduced the influence of the ethical schools of psychological thought and therapy, such as those created by Sigmund Freud, Alfred Adler, Erich Fromm, Karen Horney, Rollo May or Viktor Frankl.
As a consequence of an almost institutionalized denial of the spiritual soul and exaltation of egocentrism, soul-diseases like depression and other forms of emotional suffering are rampant nowadays.  This fact, on its turn, has become an excuse for a mechanistic Psychiatry to chemically intoxicate the brains of more millions of people by prescribing brain-controlling psychoactive drugs which often transform them in sad examples of robot-like people.
Such a passing but painful process of soul-desperation is of course largely unconscious and unseen. It takes place and is provoked mainly in good faith, out of a lack in discernment, which leads to the worship of money and material possessions.
A thousand forms of spiritual ignorance spread as childish attempts to prevent the moral improvement of our mankind which will enable it to attain the self-responsible levels of evolution.
Such a negative trend induces the citizens to a silent defeat in their own souls and threatens to destroy them psychologically much the way the Opium Wars did to the Chinese population during the 19th century.
It is time for humans to learn a lesson or two in Ethics. The manipulative “Psychology” developed by the Nazis in the 1920s-1940s in order to dominate the minds of citizens was up to an extent adopted in the democratic West after the World War II – as duly denounced by George Orwell.
The mind-domination of whole nations had been already denounced and predicted by Helena Blavatsky in the 19th century. Helena also said it could not and would not last long.
The Victory of Light and Ethics
Human soul seeks for that which is morally good, ethically beautiful and true. Time never passes in vain. One after the other, the bubbles of organized illusion – commercial, religious and political – cease in due time to resist the impact of objective facts.
History does not evolve according to anyone’s fancy or propaganda. It strictly obeys to the law of nature, which is the law of equilibrium and justice, or karma.
A moral reservoir of good will and common sense dwells in human soul, and it invites citizens to shake off the day-dreaming atmosphere created by drugs, selfishness and propaganda, and to awaken to self-responsible consciousness and action.
Theosophy says the birth of a civilization based on ethics and solidarity is unavoidable. It also states that there is no reason to postpone that. The new civilization will be a rebirth of older ones. The change must take place pre-eminently in one’s own life and soul. Good will is a central guiding principle, and each citizen is the center of the spiritual and civilizational change.
000
See in our associated websites the articles “Freedom From Mind Manipulation”, “TV, Hypnotism and Theosophy”,  “Neptune, a Mystery In Front of Us”, and “The World War in Our Minds”.
000
On 14 September 2016, after examining the state of the esoteric movement worldwide, a group of students decided to found the Independent Lodge of Theosophists. Two of the priorities adopted by the ILT are learning from the past and building a better future.
000