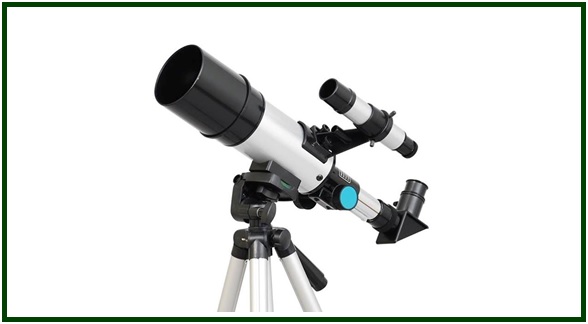 According to French Eclectic philosopher Victor Cousin (1792-1867), one needs to know oneself before attempting to know the world.
In fact, these two levels of search for knowledge are intimately associated and influence each other all the time. Cousin is basically right: an efficient self-observation is essential to the right observation of the world around us.
Commenting on the platonic dialogue Alcibiades I, Cousin wrote about the need for self-construction and self-preparation, if we wish to attain real knowledge. He said:
“To ignore oneself is to ignore the only instrument one can use; it is the same as ignoring the measure of one’s forces. It means condemning oneself to employ one’s forces in a blind way and to get exposed to total misguidance. The knowledge of ourselves is, therefore, the basis of any stable knowledge. This is not all:  we also cannot have an idea of the First Cause or the Infinite Substance, if we do not have a clear idea of what a cause and a substance are; and this idea is something that nobody can give us – except ourselves.”
Cousin added:
“Thus, when we observe things in depth or examine the preliminary question of every wise philosophy, that of the method, we must recognize that the study of human nature is the necessary preparation to any legitimate knowledge,  and that Psychology provides the basis to Ontology  and even to Theology.”[1]
This is also the theosophical approach to the problem. Helena Blavatsky’s esoteric philosophy says that the key to the knowledge of Cosmos is in the direct relationship existing between each individual and the universe. Man is a summary of the solar system. Human being is himself the telescope or microscope through which he can look at the world and understand it.
The task before the student of philosophy inevitably includes, therefore, the need to observe and understand the workings of his main instrument in the search for truth; his own lower self. One must focus the lenses of this telescope. It is one’s duty to keep these lenses free from dust and uncleanness, so that they can reflect the truth.
Eclectic Theosophy and Eastern Thought
The theosophical value of Victor Cousin’s life and work is undeniable.
Fiercely attacked by the Jesuits and other sectors of the Catholic Church, Cousin had a universal view of life.  He accepted and discussed different philosophical systems. He believed in free thought. He taught that there is a transcendent and eternal wisdom and one must seek for it in an independent way while keeping free from any religious organizations.
In the context of Western philosophy, Cousin helped prepare the gradual discovery of something which even today many a historian of philosophy seems to ignore: the fact that Eastern countries possess philosophies of great depth, which are much older than the classical Western philosophy.
The Eclectic School of Cousin was one of the first in modern Europe to acknowledge the value of Buddhist and Vedanta philosophies.
Referring to ancient Greece, Cousin wrote:
“The language, the writing, the alphabet, the industrial procedures, mechanical arts, the first forms of government, the initial character of Art and the primitive cults, all of this is Eastern; it is on this foreign foundation that the Greek spirit evolved; this was the starting point for it to attain to this original and remarkable form which we call the Greek way par excellence. The same occurred in philosophy.” Cousin adds that in Greece, as in the East, philosophy was intimately related to religion. [2]
Evidences of the Eastern origin of Western philosophy are many. The cultural dialogue between India and Greece has been studied and documented from various angles. French philosopher Émile Bréhier followed Cousin in discussing the topic during the first half of twentieth century [3]. There are countless points in common between Western philosophy and Eastern Raja Yoga and Jnana Yoga. Pythagoras learned Eastern Wisdom, as Helena Blavatsky demonstrated [4], and Plato studied the philosophies of the East through Pythagorean writings and Egyptian mysteries.
NOTES:
[1] “Fragments de Philosophie Ancienne”, Victor Cousin, Didier Libraire-Éditeur, Paris, nouvelle édition, 1855, 463 pp., see pp. 201-202.
[2] From “Introduction à L’Histoire de la Philosophie”, Victor Cousin,  Didier Libraires-Éditeurs, Paris, 1861, 345 pp., see pp. 32-33.
[3] See “Histoire de la Philosophie”, by Émile Bréhier, Presses Universitaires de France, Tome Premier, Fascicule I, Période Hellénique, 1948, 264 pp., Introduction, pp. 5-11. An important article on the topic is “The Cultural Symphony of India and Greece”, by Lokesh Chandra, at “The Adyar Library Bulletin”, Vol. 50, 674 pp., 1986, pp. 1-20. See also the volume “The Platonic Quest”, by E. J. Urwick, Concord Grove Press, 1983, 262 pp.
[4] See the article “Eastern Sources of Pythagoras”, by Helena P. Blavatsky. The text presents a compilation of fragments and is available at our associated websites.
000
On Victor Cousin and his philosophy, see also the article “The Need for Infinity”, by Carlos Cardoso Aveline.
000
On the role of the esoteric movement in the ethical awakening of mankind during the 21st century, see the book “The Fire and Light of Theosophical Literature”, by Carlos Cardoso Aveline.