How to Strengthen the Will of the Soul,
Which Seems as Nothing to the Eyes of the World
Carlos Cardoso Aveline 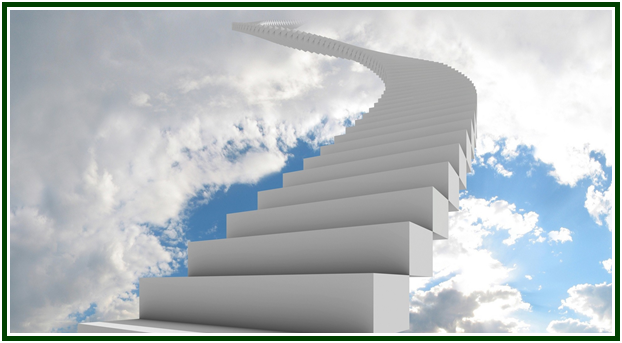 “Theosophist is, who Theosophy does.”
Helena P. Blavatsky [1]
Human beings have seven main layers of perception, and an invisible ladder seems to unite them all.
The vertical bridge between one’s lower self and the spiritual soul unfolds in groups of seven steps. The ladder lives and works in every aspect and dimension of consciousness.
In perceiving the unity of life, the law of analogy must be used. It is easy to see that the substance and the contents of one’s consciousness radically changes from one level to another. However, the patterns of the interaction between one’s mind and one’s physical body, for instance, are somewhat similar to the patterns of the interaction between one’s mind and one’s spiritual soul.
The same occurs in the relation between emotion and thought: it contains in itself much of the essential relations among the other levels of consciousness.
Altruistic action must express and combine all dimensions and layers of one’s consciousness. Hence the decisive importance of observing how powerful is our effort when we are trying to help an altruistic project as a voluntary worker.
If our grand and noble ideas do not correctly express themselves on the external plane, then what is it that has skillfully kidnapped our ability to act on the principles of universal brotherhood and planetary co-responsibility?
Why are some theosophists so skillful and apt when their goal is getting money and acting in any personality-centered aspect of life, and so complicated, ineffective, doubtful, weak-minded, analytical and un-spontaneous, when the goal is to actively participate in the larger project of helping mankind?
Explanations are many, and endless, of course.
Yet it is well-said that only by Trying one can Learn, and Understand. To act or not to act, that is the question.
In Trying his best, the individual learns to concentrate all his talents around one single and noble goal.
Through this effort he strengthens his higher will – that sacred resolve which seems as Nothing to the eyes of the world. By ceasing to strive for the illusion of personal outward victories, he makes enduring progress in the immortal aspects of his Soul.
NOTE:
[1] “The Key to Theosophy”, Helena P. Blavatsky, Theosophy Co., Los Angeles, 310 pp., see p. 20.
000
On 14 September 2016, after examining the state of the esoteric movement worldwide, a group of students decided to found the Independent Lodge of Theosophists. Two of the priorities adopted by the ILT are learning from the past and building a better future.
000
E-Theosophy e-group offers a regular study of the classic, intercultural theosophy taught by Helena P. Blavatsky (photo).