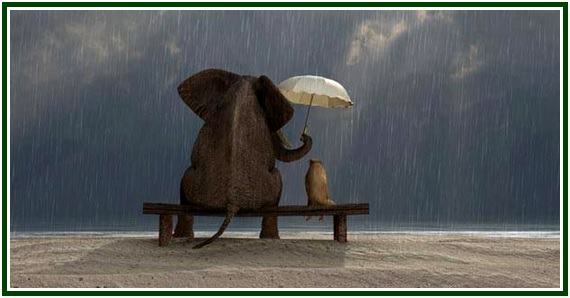 As the path to wisdom is made of challenges and opportunities, humbleness is of the essence.
One must see the mistakes, before correcting them. And it is inevitable to correct mistakes before one can ever get rid of the defeats they cause.
The apparent death of ethics in significant circles of esotericism is not an isolated fact. [1] It also does not occur by chance.
Facing the opposite of spiritual intelligence constitutes the price to pay for evoking the highest levels in human nature. To believe that “all is nice” about the path to wisdom is the surest way to failure: the alchemy of the search for wisdom cannot be done except in a high temperature. In groups, as in individuals, ignorance must undergo a sort of fever. It has to keep boiling for some time for its liquid form to evaporate, and then become lessons in wisdom that people can learn.
The fever caused by the presence of sacred teachings in the lower nature of esoteric circles can cure the disease of ignorance; it can also kill the groups whose metabolism can’t resist the fever.
Competition, open or disguised, produces active envy, ill-will, falsehood, backbiting, treason and disloyalty in esoteric circles. And whence comes competition?
Naive students of theosophy, misguided by a superficial Pedagogy and false teachings, may have in their hearts a vague goodwill towards mankind.
Their admiration for wise beings or sacred teachers (sometimes imaginary) is mixed with an expectation that they themselves will be guided into the condition of sages, and be loved and admired by many. As they are pressed by facts to see that such personal illusions do not make sense, they get bitter regarding their fellows’ progress; and they start to secretly celebrate their brothers’ difficulties or failures. [2]
The antidote to such a mortal venom for theosophical groups is the creation of a cultural environment where ceremonialism, love for power-positions, politicking, money-manipulation and subtle forms of illegitimate power are calmly but severely exposed.
Just like the Medusa of ancient Greek mythology, the practice of posturing and make-believe adopts many new forms, which must be identified, unmasked, and defeated a hundred times until one destroys the root-cause of ignorance.
The individual task of building Antahkarana, the “bridge” to one’s own spiritual soul, is among the main sources of legitimacy in any theosophical association.
Envy, competition and related forms of ill-will are deadly antahkarana-extinguishers. They destroy theosophical associations from within, leaving only psychological masks and material buildings intact. Therefore subconscious and semi-conscious mechanisms of hatred and envy must be identified from the start. They constitute severe obstacles to fools and close before them the Doors of true Knowledge.
Envy implies a desire to steal from the other, or to deny his progress. It is a sure sign of problems in the connection to one’s own higher self. A feeling of competition comes from the negative aspects of the animal world: brotherliness, on the other hand, proceeds from the positive aspects and is also divine in nature.
If one is in inner contact with anything sacred, one suffers by seeing the faults of others, and rejoices in seeing the victory of his fellow humans. Someone who is interested in learning will try to be friends with those who may know better than him, and will be grateful to them. A humble admiration leads one to devotion and powerfully expands his ability to understand life.
The health of a theosophical group and of every group of idealists depends on the individual combination of altruism and realism; of generosity and vigilance; of optimism and rigor.
An effective knowledge of the divine world works together with a knowledge of the selfish impulses and an understanding of their ability to disguise themselves as if they were noble. Thus the worst aspects of the probationary fever are defeated.
When the right alchemical combination of the sky and the earth takes place on an individual plane, its creative equilibrium can be shared with others while the inevitable process of karmic tests goes on. Such a vigilant harmony gradually becomes a cultural element and a living factor in the building of a better and stronger theosophical movement, which as time passes will be ever more useful to mankind.
NOTES:
[1] In the first half of 21st century, many theosophical associations face serious ethical difficulties.
[2] The final stage in the road to failure is the practice of intentionally placing obstacles along the path of those whom one has a duty to help.
000
The above text was first published at the April 2015 edition of “The Aquarian Theosophist”, pp. 4-6. It had no indication as to the name of the author.
000
On the role of the esoteric movement in the ethical awakening of mankind during the 21st century, see the book “The Fire and Light of Theosophical Literature”, by Carlos Cardoso Aveline.