Observing the Sources of Confidence in Life
Carlos Cardoso Aveline 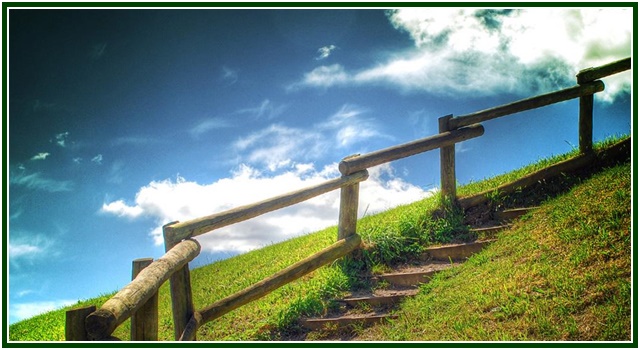 In the second paragraph of their 1776 Declaration of Independence, Benjamin Franklin,  Thomas Jefferson and other members of the  U.S. Congress mention some “self-evident truths”.
The first one, they say,  is that all men are created equal. And, from a theosophical point of view, one should add: “Equal before the  Law of Karma”.
The second self-evident truth is that  all men have some inalienable rights, and among them are  Life, Liberty and the Pursuit of Happiness. Of these rights, the third one is essential for the esoteric philosophy, as it  refers to the best possible use of  the two previous conditions: Life and Liberty.
It is enough to observe the daily facts around us to realize that the Pursuit of Happiness is present in all forms of life.
Such a goal is clearly far from being limited to the human realm. Plotinus, the neoplatonist, wrote that  plants search for happiness. It is easy to see that  all animals do the same. Knowing this,  Buddhists use to wish “peace to all beings”. The specific challenge faced by modern citizens  is how to find a lasting happiness within, and how to individually obtain an unconditional peace which cannot be disturbed by outer events.
Life shows that the journey from fear to happiness is not an easy one, and it is not short, either.  Courage is necessary. We may have to ask ourselves:
What are we afraid of, after all? And why is it that fear emerges once and again in our emotions?
External sources of fear can only be active when, and if,  there is an internal  lack of confidence which responds to them. Without a subjective counterpart, no outward, objective threat or difficult situation can easily provoke a “psychological” fear.
Our “lower self” or personality is never afraid of anything purely external only. It must  also be afraid of some internal impulse, some desire, feeling or situation that threatens it and its sense of continuity – “from within”.
The existence of fear is related to one’s personal hopes and desires, and to one’s emotional dependence on things, places or persons. We are instinctively afraid of anything  that threatens our hopes and expectations;  and these hopes are often subconscious.
If one takes something for granted  which is not realistic (for instance, the ideas that “I’m not going to get old” or  “I am not going to die”), fear will come.
If one supresses any specific fear on the voluntary layers of one’s mind, that feeling will become subconscious, without ceasing to exist. It may soon surface later again, under other forms. Hatred often serves as a disguise for a feeling of uncertainty. One day, perhaps after some subconscious preparation, one may be able to accept an honest confrontation with one’s root-fear –  always a form of ignorance – and then get rid of it.
That which is said of fear can, of course,  be said of anger and other negative feelings as well. There seems to be a “symmetrical axis”, a “balance line” between our inner and outer sources of anxiety, happiness, self-confidence,  and other psychological sensations as well.
Individual states of mind run in parallel with, and are relatively independent from, our surrounding objective circumstances.
You can have inner happiness while you face a difficult situation. You can feel sadness and despondency while everything seems to be objectively OK.  It all depends into a great extent on whether your higher self is, or is not, intensively  present in the situations you face.
There can be no psychological fear in the presence of Atma and Buddhi, the higher principles of consciousness. Everything is good and worthwhile, as long as the Immortal Soul is directly engaged in one’s activities.
When the focus of our consciousness is established within the temple of our own spiritual consciousness, attachments disappear and we can have a complete confidence in Life, which brings about a blissful self-forgetfulness. The absence of selfishness is the outer garment for a new centre of consciousness: the inner awareness of our true Self.  One forgets  his narrow and small self because he has seen his true being.
A general law in Nature establishes that all beings leave aside smaller forms of happiness, once they see deeper and more enduring ways to be happy. Then the lower self may still suffer,  but the real focus of consciousness will not be limited or misled by the personal suffering, any longer.
How We Ascribe Meanings to Life
In our daily lives, the world within and the world without exchange “messages” and energies all the time.
It is the way you connect the inner and the outer worlds in your own consciousness that makes the difference.  The meaning you  give to facts and things within the context of your own view of life makes you a happier or unhappier person along the process of a lifetime.   Antahkarana is the metaphoric bridge between celestial and terrestrial levels of consciousness. It constitutes the individualized version of the Jacob’s ladder (Gn.  28: 11-13), which plays the decisive role along the road to wisdom and contentment.
The wordless voice within is the voice of the silence, and it speaks in our conscience through Antahkarana.
Listening to this soundless sound produces a happiness that nothing can destroy.  Then an unconditional, long term joy and an unlimited confidence in life get to be with us for good, even while we may face apparently great obstacles and difficulties.
000
An initial version of the above text was first published in the December 2006 edition of “The Aquarian Theosophist”, pp. 5-7.
000
In September 2016, after a careful analysis of the state of the esoteric movement worldwide, a group of students decided to form the Independent Lodge of Theosophists, whose priorities include the building of a better future in the different dimensions of life.
000