There Are Seven Kinds of Self-Induced Traps
N. C. Ramanujachary 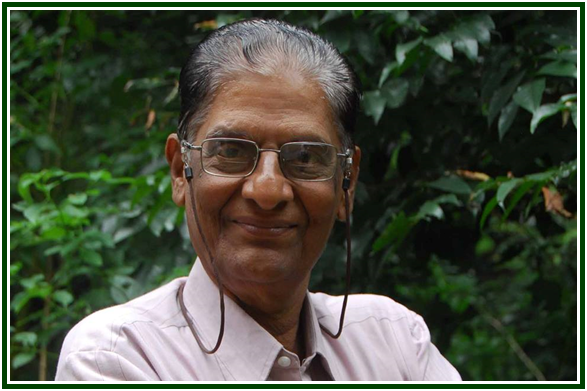 N. C. Ramanujachary (1935-2022)
It is pertinent to deal with certain errors which the students and members of the Theosophical Society make, thus getting into “self-induced traps”:
1. Treating Mahatmas as “Gods” in the traditional Puranic way; offering “worship”, instead of realizing that they are the Pointers of the Way; and thus looking at Facts as “Ideals”.
2. Anthropomorphizing them, giving details of their “odis” and “abodes” in a general worldly way.
3. Bringing out their names and “occult status” into a common “structural” analysis.
4. Not comprehending the “Mahatmic Consciousness” in its true and total nature, and losing “insight” in the clouds of “intellect”.
5. Craving for their guidance and assistance in situations of “personal fears and favors”, and seeking “liberation” and “granted grace”.
6. Trying to reach them in our world not in their world and again falling into the trap of “mayavic visions”.
7. Not realizing that proper preparedness and diligent working our duties and responsibilities is the appropriate way.
The knowledge about the Mahatmas and the path are part of the Sacred and Secret Science (Occult/Gupta). It is only a part of the veil that was unveiled, for the simple reason that the intellectual men and women have become eligible to receive that. One must delve deep into the thick forest of the Unseen World, through one’s own personal will and determination (Itccha and Samkalpa).
What was given out in the theosophical literature and its commenting texts is only an Introduction, a ventilation of ideas, and the students have to proceed further to write the full chapters within their own hearts by their own hands.
N. C. Ramanujachary
000
Dr. N. C. Ramanujachary (1935-2022) is the author of various books, including “A Lonely Disciple – Monograph on T. Subba Row”. He was a long-standing member of the Adyar Theosophical Society, and lived in Chennai, India. The above note was first published at the E-Group E-Theosophy, on May 7, 2014. It is also part of the May 2014 edition of “The Aquarian Theosophist” (pp. 1-2).
000