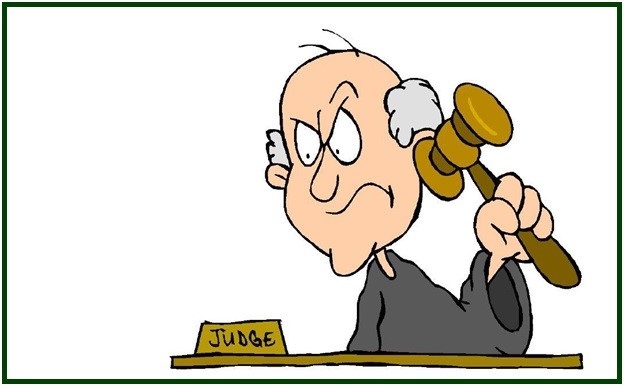 Judging is that which we do before making decisions. Every decision is based on some sort of judgement. It is therefore no use to pretend we do not judge people or situations. We do that all the time.
However, the idea of judging includes the duty of being just and fair. It provides us with the opportunity of paying attention to facts, a practice which is most beneficial – in the first place – to ourselves.
One must observe the various aspects of reality, before making a correct judgement.  One’s viewpoint should be open to the acceptance of new facts.
Reality is dynamic. It often surprises people, and it uses to defeat those who consistently refuse to look at the facts before them, or love convenience and comfort more than truth and sincerity.
We will make mistakes in judging situations and people. We can learn from our defeats.  In that sense, our failings may constitute an immense treasure.
Correct judgements are made where there is a feeling of individual responsibility. We need the courage to honestly look at our mistakes and the mistakes of others, and a determination to do our best at every occasion.
The ability to go beyond moral relativism is unavoidable if we want to obtain real progress along the road to wisdom.
Making enduring decisions as to what is right and what is wrong provides us with an accurate sense of reality. Washing one’s hands of ethical issues is a dirty thing to do. He who refuses to judge in firm and transparent ways confesses his blindness and irresponsibility before Karma.
One must say “no” to the opposite of ethics and justice, if one has a feeling of respect for the idea of universal brotherhood and aims at the good of mankind.
000
An initial version of the above article was published in the September 2013 edition of “The Aquarian Theosophist”.
000
On the role of the esoteric movement in the ethical awakening of mankind during the 21st century, see the book “The Fire and Light of Theosophical Literature”, by Carlos Cardoso Aveline.