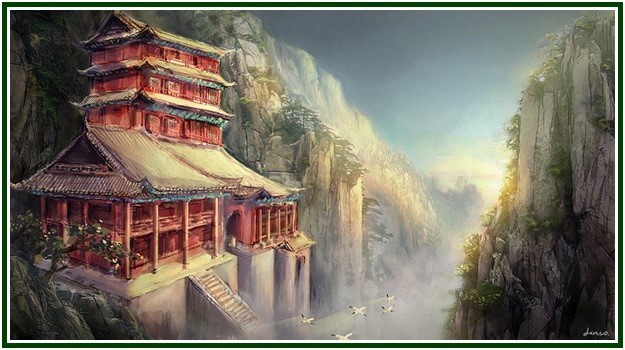 Since time immemorial, the topic of searching for the Master is seen as sacred in Eastern traditions. In the West, too, every student of mystical traditions looks for a guide, a teacher, a safe guiding system.
In that regard, the timeless Pedagogy of classical theosophy says that one should calmly examine in the first place the following question:
“What exactly is the Master to be looked for?”
In practical terms, for every student who possesses a reasonable amount of common sense, the Master is fundamentally his or her own higher self, the immortal soul.
If the student can’t find the light in his own consciousness, it will be a loss of time to search for it in the outside world. To follow this or that personality is almost certainly worse than useless.
On the other hand, the truth-seeker who has adopted the right method acknowledges all beings as his masters. If the student knows how to learn, he takes lessons from everything and every situation, and does not get too dependent on any external source of knowledge.
The true teacher, on his turn, teaches the student how to learn. He helps his disciple to acquire knowledge in conscious and independent ways, by observing his interaction with all beings, including the ones who are not his friends.
The real master is, therefore, transcendent. He acts in every aspect of life. The most effective teacher is the voice of the silence, the center of peace and source of ethics situated in the heart of one’s soul.
The role of the Masters of the Wisdom which inspire the theosophical movement is to give helpful elements for each student to autonomously activate his own higher levels of intelligence and gradually transfer to them his main focus.
Taking into consideration these basic points, we can better observe and understand the following fragment from the Buddhist literature:
“Make a parchment with your abraded skin,
Make a pen with your bones,
Make your blood become ink
And write the teaching of the Master”.[1]
The image means that, in order to tread the path to wisdom, the pilgrim must leave aside the indulgence and love for comfort that are often present in the lower self. Thus one can express on the physical plane the substance of spiritual soul.
NOTE:
[1] From the book “Le Bouddha et le Bouddhisme”, by Maurice Percheron, Éditions du Seuil,  France, 1956, 192 pp., see p. 67. Brazilian edition: “Buda e o Budismo”, Maurice Percheron, Editora Agir, RJ, third edition, 1994, see p. 77.
000
The above article was first published in Portuguese language under the title “Como Encontrar o Mestre”.  It also appeared in English in the April 2015 edition of “The Aquarian Theosophist”.
000
On the role of the esoteric movement in the ethical awakening of mankind during the 21st century, see the book “The Fire and Light of Theosophical Literature”, by Carlos Cardoso Aveline.