A Door to the Secret Wisdom of Theosophy
Carlos Cardoso Aveline 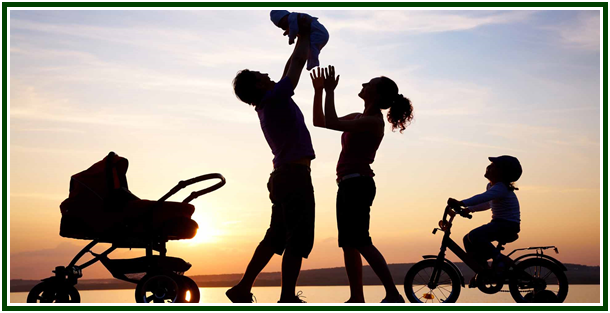 Everywhere, any time, love and knowledge
flow together and they mean responsibility
A European reader writes to the editors of our websites to describe the difficulties he has to face in family life. As he makes progress in studying esoteric philosophy, family seems to be a burden.
Similar obstacles are confronted by thousands of citizens around the world. Sooner or later every theosophist deals with painful challenges in the realm of personal emotions. Thanks to this circumstance, he can purify his lower self in more effective ways.
Regarding parenthood and family Karma, there seems to be no better approach than the one taught by a Master of the Wisdom during the 19th century.
When a lay disciple “complained” about the moral obligations which made it impossible for him to dedicate more time to the study of theosophy, the Mahatma wrote:
“….. Does it seem to you a small thing that the past year has been spent only in your ‘family duties’? Nay, but what better cause for reward, what better discipline, than the daily and hourly performance of duty? Believe me my ‘pupil’, the man or woman who is placed by Karma in the midst of small plain duties and sacrifices and loving-kindnesses, will through these faithfully fulfilled rise to the larger measure of Duty, Sacrifice and Charity to all Humanity – what better path towards the enlightenment you are striving after than the daily conquest of Self, the perseverance in spite of want of visible psychic progress, the bearing of ill-fortune with that serene fortitude which turns it to spiritual advantage – since good and evil are not to be measured by events on the lower or physical plane.”
Having said that, the Master proceeds:
“Be not discouraged that your practice falls below your aspirations, yet be not content with admitting this, since you clearly recognise that your tendency is too often towards mental and moral indolence, rather inclining to drift with the currents of life, than to steer a direct course of your own.”
Students seldom have an accurate idea about their own spiritual progress, and the Master says:
“Your spiritual progress is far greater than you know or can realize, and you do well to believe that such development is in itself more important than its realization by your physical plane consciousness. I will not now enter into other subjects since this is but a line of sympathetic recognition of your efforts, and of earnest encouragement to hold a calm and brave spirit toward outward events in the present, and a hopeful spirit for the future on all planes – truly yours, K. H.” [1]
These sentences deserve examination. One of the main adversaries of a pilgrim along the path to wisdom is the blind habit of complaining, or emotionally rejecting, the tasks actually placed by Karma before him.
Everywhere, any time, love and knowledge flow together and they mean responsibility. The Master clarifies that small duties, when correctly fulfilled, pave the way to better opportunities.
Difficulties are forms of self-training, kindly given to us by Life. One ought to work impersonally. By expressing universal love in the daily actions of his family, the student of theosophy helps purify the whole of humanity.
NOTE:
[1] “The Mahatma Letters”, 1926 edition, published by T. Fisher Unwin Ltd., in London, UK, 493 pp., see Letter No. 68 (LXVIII), p. 372. The book is available in PDF at our associated websites. The page is the same in the TUP edition of 1992.
000
An initial version of the above article was published at the February 2017 edition of “The Aquarian Theosophist”, pp. 4-5. It had no indication as to the name of the author.
See in our associated websites the articles “Turning a House Into a Temple”, “Hierocles, On Marriage”, “Love Without Violence”, “How Women Enlighten the Future”, and “Stopping Filicide, Respecting Children”. They are easy to find through the List of Texts in Alphabetical Order.
000