On Subduing the Cause of Death
Kali Prasanna Mukerji 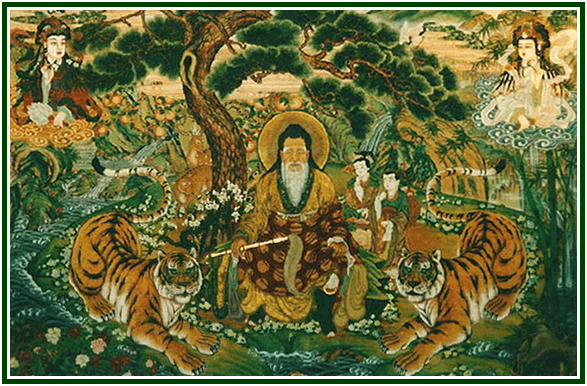 000000000000000000000000000000000000000000
Editorial Note:
The following article was first published at the
March 1891 edition of “Lucifer” magazine, pages
50-51. The name “Lucifer” is a pagan and pre-Christian
term for planet Venus. The word has been distorted since
the Middle Ages by ill-advised Churches and theologians.
(Carlos Cardoso Aveline)
000000000000000000000000000000000000000000000000000000
Everyone who desires to make any progress in spiritual matters should turn his attention to Kama, the principle of desire in man.
In the [Bhagavad] Gita we find this “principle” or “aspect” repeatedly mentioned. It is “the great enemy”, “the road to Naraka”, “the great obstacle to Gnanam” [1], etc., and so on.  Now there seems [to be] two ways to conquer the lower Kama; the first is to weaken it, the second to make it serve the higher principles.
The first in its higher aspect is called Nivritti Marga (literally, the Path of Renunciation). It is divided into several processes, a group of which is called Pranayama (literally, subduing or conquering Prana), Prana being the karmic of lower life in man. The fact is that we can transfer our energies from one principle to another only when we have perfect control over them.
The difference between the Pranayama of Hatha Yogis and that of Raja Yogis is very great. It is not the “suppression of the outer breath” which is practiced by the latter; what they aim at is the union of the Prana with the Apana, of the lower life or breath with the higher, as mentioned in the Gita.
In all Yoga practices two things must be observed; (1) the Yogin must observe certain rules in the daily performance of his duties, and (2) perform certain occult practices at stated hours, just like a sick man who must observe certain hygienic rules and take certain medicines at regular intervals, if he wishes to recover from his illness.
The best hours for such occult practices, meditation, etc., are dawn, noon, evening and midnight, and the usual posture (Asana) for the beginner is that often seen in statues of the Lord Buddha and called Padmasana.
Bhakti Yoga is the process by which Kama is made to serve our higher principles. In this kind of Yoga also, one must observe certain rules of life, not so severe at first as those of the true Raja Yogin, and follow some occult practices at a certain hour or certain hours, the most common being the bringing into one’s mental vision the image of one’s GURU, called Prapti.
The first maxim of a Bhakti Yogin may be found in a very beautiful Sanskrit sloka which runs as follows:
“Be humbler than the grass, more patient than the trees; do not require respect thyself, but be ready to give it to others, and then speak always of HIM.” [2]
It is simply by complete victory over our Lower Self, our Kamic Personality in fact, that we can hope to escape from this “three-fold misery” bound in the “Wheel of Sangsara”[3], the round of Birth and Death. Whichever path we try to follow, we must ever keep that object in view, if we would do anything toward our spiritual progress.
“Kama”, says a sloka, “is never weakened by indulgence, but ever increase thereby, like a fire increased by clarified butter (Ghee).”
It may be said that such efforts towards spiritual progress are only a subtle form of selfishness: but this is not so. Can a drowning man save one who is also drowning? How can we hope to serve Humanity truly unless we succeed in subduing this Kama, and thereby Death? For the true cause of our Death is this Kama, called Mara or Maraka (the Destroyer). This Arch Enemy in us, “hiding or covering by its dust the mirror of our Gnanam” in which is reflected the Spiritual Sun,  must be starved, subdued or destroyed, before we can escape the eternal grinding of the Mill of Sangsara.
NOTES:
[1] Gnanam:  or Jnana, Knowledge. (CCA)
[2] In theosophy, the GURU is mainly the universal and impersonal principle, Atma, the “father who is in Heaven” which is mentioned by the Jesus of the New Testament. (CCA)
[3] Wheel of Sangsara: The wheel of Samsara, the wheel of karmic existence and obligatory reincarnation. (CCA)
000
In September 2016, after a careful analysis of the state of the esoteric movement worldwide, a group of students decided to form the Independent Lodge of Theosophists, whose priorities include the building of a better future in the different dimensions of life.
000
E-Theosophy e-group offers a regular study of the classic, intercultural theosophy taught by Helena P. Blavatsky (photo).