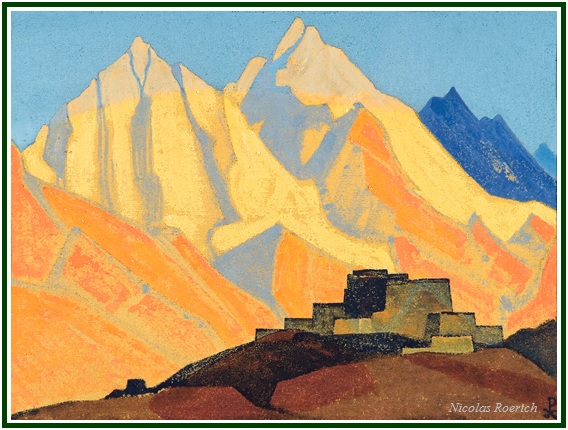 It could be worthwhile to examine the correct attitude towards the “personal” names used by Masters and Adepts in the 19 century, as well as their individualities.
There is more than one “esoteric” association now still indulging in the search for, and imaginative creation of, “personal information” about Masters. At the Internet, a few websites are almost entirely dedicated to the anti-theosophical goal of presenting the esoteric philosophy and the theosophical movement as personality-centered processes. Many honest but unexperienced students suffer from this anti-evolutionary influence – the temptation to personalize the teachings.  In a few cases, we can also find such a danger in sectors of the movement which are committed to the original teachings of theosophy.
Two texts, among others, can clarify the correct position as to this issue.  One is the complete version of the 1900 Letter from a Master.  It was published by “Theosophical History” magazine in October 1987, and it constitutes a most interesting document. The other text is included in the final pages of the book “The Key to Theosophy”, by H. P. Blavatsky. In it, the founder of the modern esoteric movement writes about the abuse of sacred names.  There are also passages in the Mahatma Letters about that.
Examining the various texts and hints available, one sees that the Masters are clear about the issue. They want their “poor selves” left alone.  They warn against personalistic speculations of any kind, and expressly ask people to let Their names alone. They teach lower selves are all illusory.
It is through inner affinity only, not outer personalities, that one can approach Them. What are the practical results of indulging in looking at Masters of the Wisdom as if they were personalities? All is karma in life. If one speculates on Their outer individualities, or shells, one blocks oneself from the inner and real dimensions of the Brotherhood. For true impersonality at one’s heart is one of the most basic and central Keys to obtain, if we want to open the well-guarded door that leads to divine wisdom.
The complete text of the 1900 Letter should be better known. It contains useful hints for the future, starting from the year 1900 – the exact year the Aquarius Age began, according to H.P.B.
As we look to the world scene of the theosophical movement in this first part of the 21st century, we see that, generally speaking, most theosophists of those sectors of the movement which can now properly stay on their feet have three characteristics, among others:
1) They are dedicated to the Masters’ original teachings;
2) They do not speculate about the Masters individualities nor create fancies about their outer lives, names or activities.
3) They have the substance and the conditions in them and in the literature they study to look ahead in a clear and a responsible way; to think of the future;  and to make the movement live up to its duty towards mankind.
The three elements above are inseparable.
If one wants to know more about the Masters, one should look for the inner connection somewhere at the movement – and inside oneself.  Such a connection has to do with one’s inner sense of ethical duty.
These are all simple and easy things, practically obvious. There is no difficulty about these points.  They are but a question of common sense. Yet here and there one still finds some valuable friend who will be facing the illusion of taking the Masters as personalities, and of ignoring the simple fact that They are mere personifications of the Law.  It is by studying the Law that we can approach Their Wisdom, a Wisdom which is at the service of mankind’s evolution.
In fact, there is no need to complicate things. For all practical purposes and taking into consideration the etymology of words, the term Disciple means someone who is able to learn. Discipleship is the condition and the path of those who learn.
What is to learn for theosophists then?  To learn is to study and to test the knowledge in our own lives, an operation which includes at its heart an altruistic service.
By learning we get gradually nearer to the true sources of the Teaching. And these Sources are impersonal. And they clearly said they want personal names and speculations out of the agenda.
As time passes, the method of work adopted by the sectors of the movement which refuse to “personalize” Theosophy proves to be more and more updated and efficient.
And this is just the beginning. We’ve seen almost nothing. Being less than 200 years old, the movement is still far too young. There is a whole awakening process for us to live and to make happen, in the years, decades and centuries ahead.
000
On the role of the esoteric movement in the ethical awakening of mankind during the 21st century, see the book “The Fire and Light of Theosophical Literature”, by Carlos Cardoso Aveline.