When the Positive Lines of Karma Converge
Carlos Cardoso Aveline 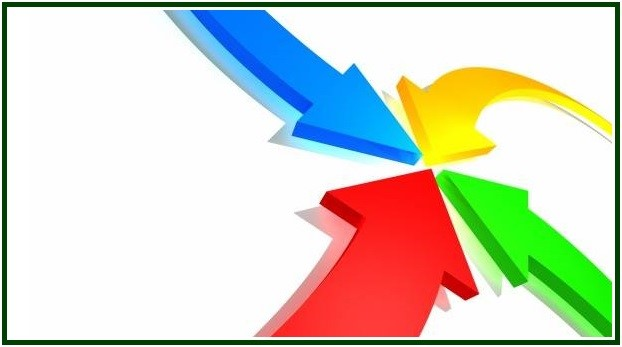 In “Letters From the Masters of the Wisdom”, a Mahatma of the Himalayas refers to the “converging lines of karma” of those who share the theosophical effort. [1]
Karma has many lines or levels of accumulation. They can go in separate directions,  or they converge, according to the energy of individual and collective cycles.
The theosophical movement aims at being a nucleus and a meeting point for those who feel that human future is bright, and who work to make the birth of a better society easier.  Such a meeting point is not bureaucratic: its substance is made of higher affinity and altruistic action.
Thousands of citizens of good will who live under different circumstances, in contrasting countries and social conditions, can share the same view of the world and nurture the common intention of working for a better future of mankind. The individual lines of their karma of higher level then converge.
Speaking in general terms, in this way some level of Omega Point is prepared. In that special “instant” in time, of which wrote Pierre Teilhard de Chardin in the 20th century, the spark of brotherhood may become the flame of understanding and mankind could awaken to the practice of universal ethics.
Teilhard de Chardin writes:
“…We must recognize the rapidly increasing probability that we are approaching a critical point of maturity, at which man,  now completely reflecting upon himself not only individually but collectively, will have reached, along the complexity-axis (and this with the full force of his spiritual impact) the extreme limit of the world. And it is then, if we wish to attribute a significant direction to our experience and see where it leads, that it seems we are obliged to envisage in that direction, finally to round off the phenomenon, the ultimate emergence of thought on earth into what I have called Omega Point.” [2]
When different lines of mental and emotional action converge upon the same elevated point, Concentration occurs. The process of “converging lines of Karma” is therefore both individual and collective.
If someone spends, say, four decades or four incarnations looking for wisdom while obtaining no significant results, there will be a moment when the many attempts pointing at the same sacred goal will finally meet each other, mutually expanding and transmuting one another in a sort of Omega Point of one’s own timeline, or of one’s karmic thread across incarnations.
This is a “timeless moment”.
Past and future meet together in a transcendent perception of everything that has been, or will be. Wisdom is achieved, and the pilgrim undergoes a transformation in substance. This is the reason why it is said that no noble attempt is ever lost along the path to divine knowledge. All of them are useful preparatory steps.
At the right occasion the latent energetic units of countless past attempts finally meet together due to the law of “converging lines of karma”. They then produce Enlightenment according to the accumulated merit of the pilgrim’s higher self. And something similar occurs in the collective aspects of human evolution. Every failure is a lesson to be understood in due time, each defeat helps pave the way of the soul to the great victory, and winter is but the door to the new spring.
NOTES:
[1] See letter 4 of “Letters From the Masters of the Wisdom – First Series”. The book is available in PDF in our associated websites.
[2] “Let Me Explain”, Teilhard de Chardin, texts selected and arranged by Jean-Pierre Demoulin, a volume published by Collins, London, UK,  1970, 192 pp., see p. 56.
000
An initial version of the above article was published at the November 2016 edition of “The Aquarian Theosophist”, pp. 6-7.  It had no indication as to the name of the author.
000
In September 2016, after a careful analysis of the state of the esoteric movement worldwide, a group of students decided to form the Independent Lodge of Theosophists. Two of the priorities adopted by the ILT are learning from the past and building a better future.
000
E-Theosophy e-group offers a regular study of the classic, intercultural theosophy taught by Helena P. Blavatsky (photo).