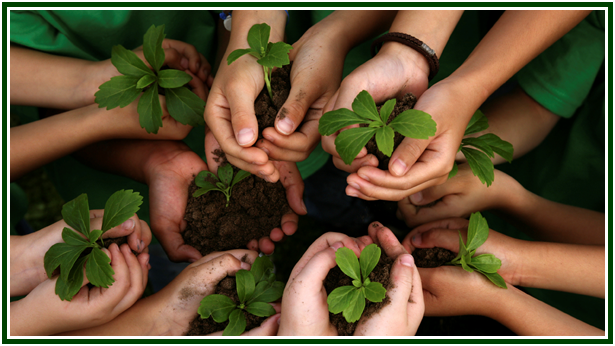 In order to tread the Path to Wisdom, one must have access in the first place to a teaching that can be verified as being authentic, true and universal. And although this is a decisive point, it is not enough.
We need also to examine how we approach the teaching, and this is the second item. The path must be seen at the same time from different angles. The contemplative point of view has to be side by side with the intellectual one, and the practical and existential viewpoints.
There is a third basic secret in the effort, which is the conscious, respectful harmony among the souls and the actions of those who decided to make the journey.
This factor happens to be so easy to forget that the reason why it has a decisive importance deserves careful analysis.  How exactly does it constitute a secret key to progress, individual and collective?
There is an unavoidable law in Theosophy, which establishes that if one student makes a mistake, it is in part as if all his companions had made that error; and whenever one individual develops a correct action, is it up to a certain extent as if all his colleagues had done the same. The pilgrims are part of the same magnetic field.  The karma of their learning is therefore largely collective. Competition deceives the ignorant: the substance of true intelligence is altruistic and spiritual.
This is why one of the mottos of the Independent Lodge of Theosophists is precisely “one for all, and all for one”. The law of life is the law of mutual help, and this inexorable reality is taught by the mahatmas. In “Letters from the Masters of the Wisdom”, one of the teachers  explains:
“A band of students of the Esoteric Doctrines, who would reap any profits spiritually must be in perfect harmony and unity of thought. Each one individually and collectively has to be utterly unselfish, kind and full of goodwill towards each other at least – leaving humanity out of the question; there must be no party spirit among the band, no backbiting, no ill-will, or envy or jealousy, contempt or anger. What hurts one ought to hurt the other – that which rejoices A must fill with pleasure B.”[1]
Helena Blavatsky made a similar statement in a letter to Alfred P. Sinnett.
She said:
“… A group or branch, however small, cannot be a theosophical Society – unless all the members in it are magnetically  bound to each other,  by the same  way of  thinking at  least in some  one direction…”.[2]
From these explanations one can infer that the theosophical character of a group is not defined by the fact that it studies nominally theosophical texts. It is not enough.
The right atmosphere is only built when its members are magnetically united by working for the same and noble goal. The process corresponds to the criterion of affinity, which is followed by the Independent Lodge. [3]
Besides defining the magnetism of the group, the shared intention of developing altruistic actions creates a synergy process through which external diversity and contrast produce inner unity and communion. Probation prepares bliss.
Therefore, whenever a group of students of Philosophy works with an authentic teaching, it is necessary to build a dynamic bridge between the teachings and the daily life. The unfoldment of sincere bonds of mutual help among its students entitles the group to make enduring progress.
There will be then a pacific and harmonious process of learning, whose foundations include firmness, frankness and vigilance. In such a group the routine of organized ignorance can never fully establish itself, and the art of living in a correct way finds the right atmosphere wherein to flourish.
NOTES:
[1] “Letters From the Masters of the Wisdom”, compiled by C. Jinarajadasa, First Series, TPH, India, 1973, Letter 3, Item III, pp. 13-14.
[2] “The Letters of H. P. Blavatsky to A.P. Sinnett”, Theosophical University Press, Pasadena, 404 pp., 1973, p. 222. See below the facsimile of the manuscript by Helena Blavatsky, with the quoted words.
[3] Read in our associated websites the article “The Three Levels of Association”.
000

Facsimile of the original manuscript by HPB with the words quoted in the article “A Secret of the Theosophical Work”.  The image was obtained from the British Library by “The Aquarian Theosophist” and published in the book “The Fire and Light of Theosophical Literature” (on p. 191). Transcription: “… a group or branch, however small, cannot be a theosophical Society – unless all the members in it are magnetically bound to each other, by the same way of thinking at least in some one direction…”.
000
In September 2016, after a careful analysis of the state of the esoteric movement worldwide, a group of students decided to form the Independent Lodge of Theosophists, whose priorities include the building of a better future in the different dimensions of life.
000
E-Theosophy e-group offers a regular study of the classic, intercultural theosophy taught by Helena P. Blavatsky (photo).