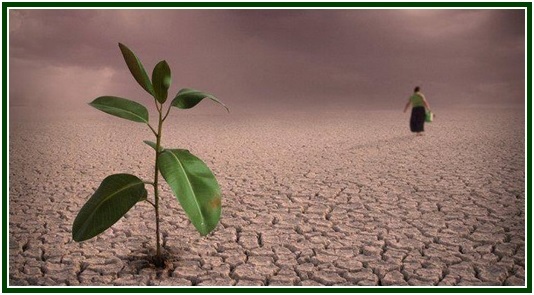 Be it at the visible and material world or at an intelligible plane of reality, whatever facts that are perceived as taking place, they necessarily occurred at the causal level first. Every event must have its own causation chain put into movement before becoming perceptible.
Causes as such are invisible. Outer visible facts and objects may be subject to detection by the five senses, but their own action as Causes is not as easy to perceive, unless there is the right kind of attention and awareness on the part of the observer. The seeker after truth must have a structure in his consciousness which does not get entangled in the vast karmic network of interacting effects.
As causes of phenomena are Occult to the outer vision, so Occultism is a science of the Causes. It deals with essentials. In order to do so, it transcends visible aspects of facts and beings.
Earnest students of Occultism aim therefore at interacting with the Sources of phenomena. They fight the Roots of Suffering and Ignorance. They produce and stimulate the Causes of liberation from Suffering, preferring to work on the Causal plane of reality and often leaving effects to take care of themselves.
Small events are the cause of big ones. Life flows from the occult or seed level to that of seedlings or small results; then it leads from the small to the big. Finally, big structures tend to disappear according to the law of cycles, thus opening room for new seeds to sprout.
Desire relates to effects, just as Will relates to Causes. Wise men and Occultists follow the law of conservation of energy and focus on Causes in order not to lose too much strength and time with that which can hardly be changed or avoided – the effects.
It is by directing the Causes that one can better influence the world of effects. On the other hand, it is rather difficult to influence the world of Causes acting from the world of results.  Yet cause and effect cannot be separated, for each effect is also a cause, and each cause an effect.
In Buddhism, therefore, “The Sutra on Upasaka Precepts” says:
“Good son, if the bodhisattva can contemplate cause and effect, the effect of the cause and the cause of the effect, he can in this way break causes and effects, and obtain causes and effects. If the bodhisattva can break and obtain causes and effects, it is called the effect of the Dharma, the king of all dharmas, and the self-mastery of them.” [1]
In “The Mahatma Letters”, one finds this clear definition of the esoteric philosophy:
“Our philosophy falls under the definition of Hobbes. It is preeminently the science of effects by their causes and of causes by their effects”. [2]
According to Buddhism, the twelve Nidanas make the “chain of causation” of human life and suffering. Yet the traditional names of the Nidanas [3] are but examples given in order to stimulate the study and observation of the chain of causation involved in every aspect of life. Such a chain of causation is, of course, the chain of karma. It is the symmetric network of attachments and rejections, desires and fears, forms of pleasure and forms of pain. It is this chain which makes human beings blind prisoners to the uncomfortable cycle of birth and death.
In the Mahatma Letters, after describing the nidanic world of human attachments, a Master of Wisdom submits a hard question to a lay chela who wants to have a closer dialogue with Himalayan sages. The Master writes, referring to common men and women:
“Will you not try – for the sake of shortening the distance between us – to disentangle yourself from the net of life and death in which they are all caught (…..) ?” [4]
Indeed, it all depends on each individual. Liberation can only be true if it is self-liberation.
Karma is the great teacher, and Life gives us valuable opportunities to learn.  As each new cycle begins – be it a year, a decade, or a new day of 24 hours – one has better conditions to focus one’s consciousness on a sane understanding of the Causes of ignorance, in order to avoid them; and on the Causes of the attainment of Wisdom, so as to set them into a stronger and more definite motion.
NOTES:
[1] “The Sutra on Upasaka Precepts”, BDK English Tripitaka, Translated from the Chinese of Darmaraksa, Numata Center for Buddhist Translation and Research, 1994, 225 pp., see p. 38.
[2] “The Mahatma Letters”, T.U.P. edition, Pasadena, California, 1992, 494 pp., Letter X, p. 52.
[3] See for instance “Theosophical Glossary”, H. P. Blavatsky, Theosophy Co., Los Angeles, entry on “Nidanas”, p. 229.
[4] “The Mahatma Letters”, T.U.P. edition, Letter XLV, p. 265.
000
In September 2016, after a careful analysis of the state of the esoteric movement worldwide, a group of students decided to form the Independent Lodge of Theosophists, whose priorities include the building of a better future in the different dimensions of life.
000