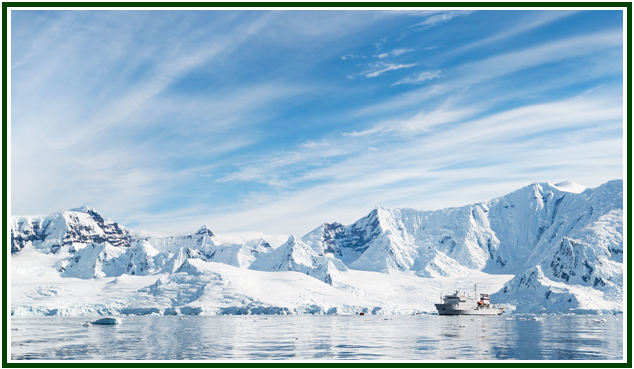 00000000000000000000000000000000000
A 2017 Editorial Note:
“The Causes of Glaciation” was first published
at “Theosophy” magazine, April 1926 edition,
pp. 282-283. It had no indication as to the name
of the author. An analysis of its contents and
style indicated it was written by J. Garrigues.
Original title: “The Cause of Glaciation”.
(CCA)
000000000000000000000000000000000000000000000
Probably of all geological phenomena, none has been “explained” more often or in more different ways than that of glaciation. At the present time, as demonstrated by Dr. Marsden Manson (Science, September 4, 1925), science is completely at logger-heads with itself upon this question. Reviewing a “Text Book of Geology”, by Professors Pirsson and Schuchert, he says:
“In this latest authoritative text we find the following unsatisfactory conclusion, which fully expresses the general consensus of opinion on the subject, both as to separate and combined causes:”
“Glacial Climates. As yet there is no accepted explanation of why the earth from time to time undergoes glacial climates, but it is becoming clearer that they are due rather to a combination of causes than to a single cause. Probably the greatest single factor is the high altitude of continents, with great chains of new mountains (the hypsometric causes) which disturb the general direction and constitution of the air currents as well.”
“It is permissible to state, however, that the glacial climates are irregular in their geologic appearance, are variable latitudinally, as seen in the geographic distribution of the tillites between the poles and the equatorial region, and finally that they appear in geologic time as if suddenly introduced.”
Doctors Disagree
Covering in general most of the explanations so far advanced, and showing their inadequacy, Prof. Manson concludes:
“A distribution of glaciation latitudinally ranging between the poles and the equatorial region appears to be contradictory of solar control and manifestly indicates that some essential factors have been overlooked or omitted in the consideration and presentation of the problems of paleo-climates; and that ‘other factors’ must be utilized in place of those which have been strained beyond their limits of elasticity.”
“This is the great outstanding problem of geologic history. It is of more importance and more far- reaching than any other, and geologists have turned their attention to the minor problems of mineralogy and paleobiology and have let the great problems of the causes and conditions of paleoclimatology fall by the wayside.”
The Secret Doctrine
The real causes of glaciation are several, and some of them have not yet been glimpsed scientifically. Says H. P. Blavatsky:
“The ever-blooming lands of the Second Continent (Greenland, among others) were transformed, in order, from Edens with their eternal spring, into hyperborean Hades. This transformation was due to the displacement of the great waters of the globe, to oceans changing their beds; and the bulk of the Second Race perished in this first great throe of the evolution and consolidation of the globe during the human period. Of such great cataclysms there have already been four. And we may expect a fifth for ourselves in due course of time.”
“The first occurred when what is now the North Pole was separated from the later Continents.” (“The Secret Doctrine”, Helena Blavatsky, Theosophy Co., vol. II, p. 138)
“Stockwell and Croll enumerate some half dozen Glacial Periods and subsequent Deluges – the earliest of all being dated by them 850,000, and the last about 100,000 years ago. But which was our Deluge? Assuredly the former, the one which to this date remains recorded in the traditions of all the peoples, from the remotest antiquity; the one that finally swept away the last peninsulas of Atlantis, beginning with Ruta and Daitya and ending with the (comparatively) small island mentioned by Plato.” (“The Secret Doctrine”, vol.  II, p. 141)
In general, major glacial periods are caused by shifts of the poles, accompanied with great continental convulsions, while minor convulsions also go hand in hand with glaciation, partly for reasons following logically along physical lines from the geological changes themselves, and partly for other reasons.
“Ice cataclysms come on not only from the sudden alteration of the poles but also from lowered temperature due to the alteration of the warm fluid currents in the sea and the hot magnetic currents in the earth, the first being known to science, the latter not. The lower stratum of moisture is suddenly frozen, and vast tracts of land covered in a night with many feet of ice. This can easily happen to the British Isles if the warm currents of the ocean are diverted from its shores.” (“The Ocean of Theosophy”, William Judge, Theosophy Co., p. 124)
000
E-Theosophy e-group offers a regular study of the classic, intercultural theosophy taught by Helena P. Blavatsky (photo).