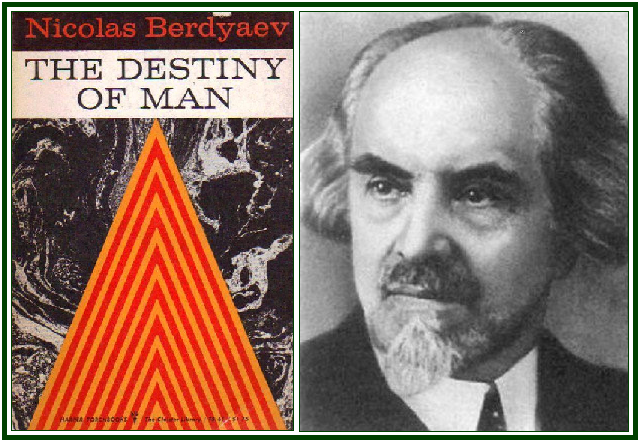 Front cover of the book, 1960 edition, and a photo of Nicolas Berdyaev
Chapter One
The Problem of Ethical Knowledge
I do not intend to begin, in accordance with the German tradition, with an epistemological justification. I want to begin with an epistemological accusation, or, rather, with an accusation against epistemology.
Epistemology is an expression of doubt in the power and the validity of philosophical knowledge. It implies a division which undermines the possibility of knowledge. Thinkers who devote themselves to epistemology seldom arrive at ontology. The path they follow is not one which leads to reality.
The most creative modern philosophers, such as Bergson, M. Scheler and Heidegger, are little concerned with epistemology. Man has lost the power of knowing real being, has lost access to reality and been reduced to studying knowledge. And so in his pursuit of knowledge he is faced throughout with knowledge and not with being. But one cannot arrive at being – one can only start with it.
(…)
Click Here To Read
“The Destiny of Man” in PDF
000
Read in our associated websites the article “Berdyaev and the Search for Truth”.
000
In September 2016, after a careful analysis of the state of the esoteric movement worldwide, a group of students decided to form the Independent Lodge of Theosophists, whose priorities include the building of a better future in the different dimensions of life.
000