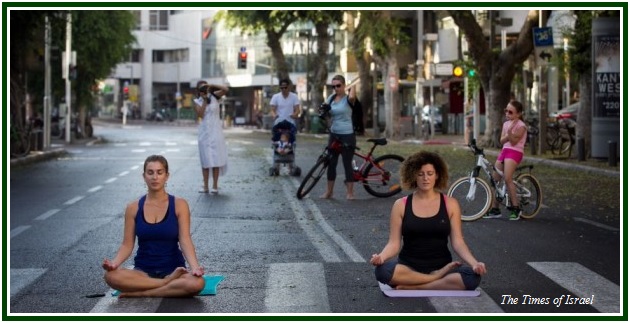 00000000000000000000000000000000000000000000000000
An Editorial Note:
The following article was first published anonymously
at “Theosophy” magazine, in December 1920, pp. 46-47,
under the title “The Dead Time”. An analysis of its contents
and style indicates it was written by Mr. John Garrigues.
A distinct and lasting contribution to the theosophical
effort and literature was made by John Garrigues in a
number of usually short articles examining various aspects
of a key issue: the Psychology of one’s motivation, along
the Path to Wisdom. These texts were published in
“Theosophy” magazine during the 1920s, 1930s and early
1940s. “The Energy of Light and Hope” is one of them.
(Carlos Cardoso Aveline)
000000000000000000000000000000000000000000000000000
In our endeavor to practise and promulgate Theosophy – to live the life – there comes a time with each one, when there seems to be an inner deadness and dullness, when the living light  and love which formerly radiated spontaneously from our hearts, going out to every living thing, seems to grow dim, ceases to warm and comfort.
It is at this point that we are too apt to turn our attention outward, seeking in the ideas and works of others for that which we no longer find in our own hearts.  We cling, as drowning men, to the outer forms and practises which we formerly pursued, but it is a half-hearted struggle, and we sink deeper for the mental juggling of ideas and phrases.
While all seems cold and dead within us we look outward for light and help, and while we are so occupied the soul lies dumb and neglected within us. Then is the time to gather up the reins in a steady hand and with a firm and pure motive turn our gaze once again deep down within our own hearts – feel from the heart, think from the heart, speak from the heart. The light is there; the divine love and compassion are there.
You who have ever heard the whisper and rustle of the awakening to life of that solitary prisoner within your breast, know that it must be given space in which to awaken and grow, that it must not be bound by the fetters of mind or of intellectual reasoning; it must be given voice, or it will become dumb and dead for ages, – perhaps, for ever.
Go down on the busy streets of the city and watch the thousands surging to and fro, each over-burdened, weighted down by the sorrows and struggles of his own making. See the faces of pain and anxiety, the degraded hopeless faces, or the laughing empty faces,  each bent upon its own little plans and purposes, and at best having but a few  years of existence ahead, – sodden, hopeless, despairing souls, knowing not that the divine sleeps so close within.  Let the divine within you speak to them. It can, it will, if you but forget your own little personality and afford the opportunity.
A ray of light and hope will enter these other fragments of the divine, flying straight as an arrow from your heart to theirs. It is the voice of the Self speaking to its own, and dimly it will filter down, even into their physical brains, whispering that somewhere there is hope, sweetness, compassion; that somewhere there is a greater life, a life not bounded by mortal years and mortal fears. When thus the heart speaks, with no thought except the giving, there is no need to wait to feel “illumination” within, for behold, it is already there.
How was it that wherever H.P. Blavatsky might be, to that point flocked people by hundreds and by thousands? It was that living, pulsing, fiery heart which drew them. A ray from that heart flashed through the murky depths of their ignorance, touching the sleepers within. The drowsy souls stirred and hearkened, and were drawn to that living center of light and love. Not knowing what it was that drew them, unable to interpret the inner except in terms of the personal, many – sad to say, most – lost an opportunity for which souls wait through ages. But not in vain did that great light shine in the world of men, for those who were awakened even momentarily will never be quite the same as before. The soul does not forget. Each heart can become a focus for the rays of that great universal heart. Each heart can become a living center of light – a channel through which the life-giving stream of truth may flow out to all men. It needs but a single-hearted, steady effort and the unconditioned surrender of our personal plans and purposes.
We often say, “Oh, I can do so little for Theosophy, for humanity. I have no money, no ability. I can not speak, I can not write.”  Can we not see that this but voices a personal desire, a desire to do personally? It is not to do any personal act whatever; it is to be – to be a heart center of pure impersonal force. The doing will then follow in natural order.
000
In September 2016, after a careful analysis of the state of the esoteric movement worldwide, a group of students decided to form the Independent Lodge of Theosophists, whose priorities include the building of a better future in the different dimensions of life.
000