As a Man Thinks in His Heart, So He Will Become
John Garrigues 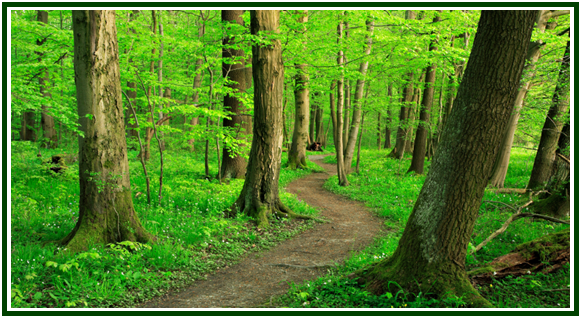 00000000000000000000000000000000000000
Editorial Note:
“The First Step to Take” was published
under the title “A Clean Life”, at  “Theosophy”
magazine, April 1932 edition, pp. 253-254. It
had no indication as to the name of the author.
A 2012 analysis of its contents and style indicated
it was written by John Garrigues. It is reproduced here
from “The Aquarian Theosophist”, March 2012 edition.
(CCA)
0000000000000000000000000000000000000000000000000
It has been said that the first of the steps of holiness is a clean life. Certain it is that no man has the right to call himself a Theosophist whose life does not square with the ethics of Theosophy.
Foolhardy he who dares to face the dangers on the Path of Occultism without the protective armor of purity. Zoroastrianism, with its stress upon pure thoughts, pure words, pure deeds, is but emphasizing what all the great Teachers have enjoined as a sine qua non of the spiritual life.
A clean life involves purity, rectitude, chastity, and harmlessness, as well as absolute straightforwardness of conduct.
As the Upadhi or basis of action on this plane, the physical body must be kept pure, inside and out, that it may be the rich, fertile soil from which shall bloom and flourish sweet deeds and wise acts. This may not be neglected, but more important still is purity of speech, of heart, of mind.
The connection between speech and our psychic nature is real and intimate. Not only does energy go to waste in vain or ill-considered speech, but such is the power of sound that evil speech awakens evil forces as good speech, good, and both react, under unerring law, on him who called them forth. Each person is responsible for every word of his voluntary production, be its consequences what they may. “A harsh word uttered in past lives is not destroyed, but ever comes again.”
Control of speech is not easy, but it is child’s play compared with control of thought. We recognize that if we want pure bodies we must be sure of the purity of the food and drink with which we build and keep them in repair. The connection is as real, though less obvious, between mental purity and the thoughts we admit to our consciousness. This was recognized by the Initiate, Paul, when he enjoined his followers: “Whatsoever things are true, whatsoever things are honest, whatsoever things are just, whatsoever things are pure, whatsoever things are lovely, whatsoever things are of good report; if there be any virtue, and if there be any praise, think on these things.”
The ideas which we entertain are the food of the inner man. When we read vain and foolish books or attend to idle chatter, we are furnishing chaff instead of grain for the mind’s consumption. Impure ideas, presented in unwholesome book or play, poison each mind they touch unless its purity is so positive as to reject instantly whatever is not of its own nature.
Purity of thought implies not only rigorous exclusion from the mind of all impure ideas, but the positive aspect of peopling our current in space with thoughts for good. It means, above all, impersonality. Self-centered thoughts are to universal concepts as a stagnant pool is to fresh, running water. It is a waste of time to try to sweeten stagnant water. See that it has an outlet and that a fresh current is directed through it, and it will soon be flowing sweet and clear.
It is because of the power of thought on universals to purify the mind that the attention of Theosophical students is directed so often to the metaphysical basis of the philosophy. Such concepts as Boundless Space, Limitless Duration, Ceaseless Motion, the Great Breath, the Divine Substance-Principle, lift the mind from its treadmill of petty personalities and set it where it catches the larger vision, the tireless onward march of atoms, of men, of worlds, of universes, toward perfection. “There is no purifier in this world to be compared to spiritual knowledge; and he who is perfected in devotion findeth spiritual knowledge springing up spontaneously in himself in the progress of time.”
Purity of heart implies unremitting watch over the feelings, the extirpation of all feelings of contempt and hostility and fear, and the cultivation of the feelings rooted in the realization of our oneness with all beings – compassion, unselfish love, and reverence, for those, respectively, below us in development, at our stage, as well as for those on a higher rung of evolution’s ladder. But, above all, to hold the consciousness of the Master in our hearts is the secret of inner purity and poise. “Each man is of the same nature as that ideal on which his faith is fixed,” and “As a man thinketh in his heart, so will he become.”
000
In September 2016, after a careful analysis of the state of the esoteric movement worldwide, a group of students decided to form the Independent Lodge of Theosophists, whose priorities include the building of a better future in the different dimensions of life.
000