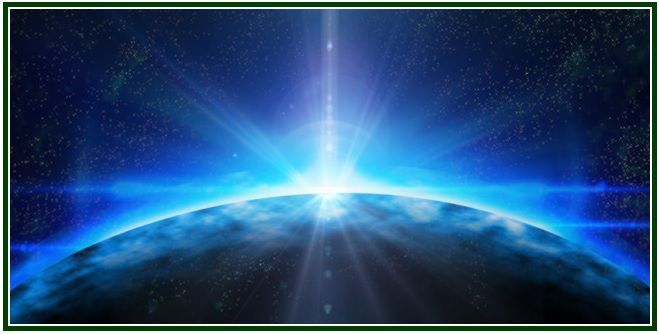 000000000000000000000000000000000000000000
An Editorial Note
Quoting from the Ramayana, the Eastern
Sage who wrote the book “The Dream of Ravan” [1]
presents the following poem about that boundless reality
which is beyond (and beneath) conventional space-time.
The fragment also examines the sense of déjà-vu which
can emerge during conscious contact with that Beyond.
(Carlos Cardoso Aveline)
00000000000000000000000000000000000000000000000000000
Hearken to this truth sublime –
To the spirit is no time,
Past or future – space or clime –
Before or after – here or there,
In its own, its primordial state
Of unity, purity, power and grace,
In itself it mirrors all finite fate,
Possessing in one-ness, gazing on all
That has befallen, or shall ever befall,
Its evolution in time and space;
Events and relations, persons and things,
Actings and thinkings, and utterings,
Been or to be, in its finite race,
All are in unity seen and possessed,
As present at once, without where or when
Such is the universal range,
Of the spirit’s boundless ken,
Such the eternal spirit life,
Without succession, devoid of change,
Duality, passion, or strife,
Condition of the free, the doubly blest –
Highest activity, in unbroken rest –
Three-fold being, thought, and bliss
Crowding in one happiness!
In the eternal Now of that high sphere,
Which ever was and is, and will be there,
In that all-comprehending infinite Here,
Which circling boundless, centres everywhere,
Within that recapitulated All,
Where person mergeth in impersonal,
Which It, and I, indifferent we call,
All scenes and all events, all times and places,
All persons, gestures, speeches, voices, faces,
To be encountered in our finite days,
Are present to the spirit’s sense and gaze.
Hence often man, chancing on some new scene,
Whither in life his footsteps never bore,
Hearing some voice, meeting some well-marked mien,
Feels vaguely, all familiar were of yore;
He seems to live again scenes lived or dreamt before,
And wonders where or how it could have been.
They are seen by the spirit rapt and sublime,
Not in a former, but out of all time,
When retiring backward into itself
From the world of sense, and passion, and pelf,
And concentrated in that deep
Mysterious and illumined sleep,
The body’s trance, the spirit’s seeing,
Its own primordial mode, ecstatic being
Its infinite nature it contemplates
As mirrored forth in the temporal fates,
Which await on its goings forth as a soul;
For then the universal sum
Of its destinies past, or in time to come,
Lie open before it like a scroll. [2]
NOTES:
[1] “The Dream of Ravan”, a book with no direct indication of its author. Most likely written by a Mahatma and teacher of sacred esoteric wisdom. Original  edition, 1895, first Indian reprint, 1974, Theosophy Co., Bombay, Introduction by Sophia Wadia, 248 pp., see pp. 25-27.
[2] In a letter from a Mahatma there is reference to a Chohan “to whose insight the future lies like an open page”.  (“Letters From the Masters of the Wisdom”, edited by C. Jinarajadasa, TPH, India, 1973, first series, Letter 16, p. 41.)
000
The whole book “The Dream of Ravan” is available in PDF at our associated websites.
000
In September 2016, after a careful analysis of the state of the esoteric movement worldwide, a group of students decided to form the Independent Lodge of Theosophists, whose priorities include the building of a better future in the different dimensions of life.
000
E-Theosophy e-group offers a regular study of the classic, intercultural theosophy taught by Helena P. Blavatsky (photo).