The London Edition of 1894, in Two Volumes
Paracelsus 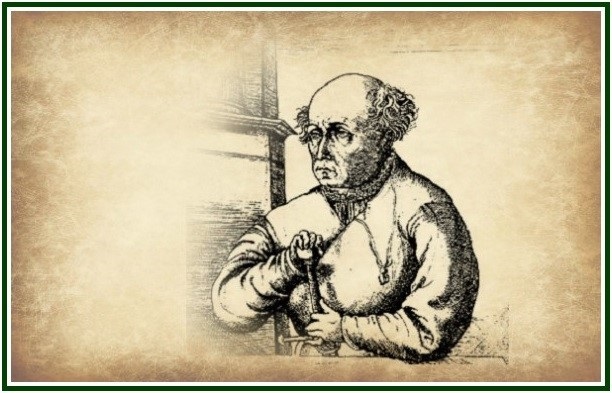 The 1540 portrait of Aureolus Philippus Theophrastus Bombast
(1493-1541), also known as Paracelsus the Great (by Hirschvogel)
Preface to the English Translation
There are many respects in which Paracelsus at the present day seems to be little more than a name. Even among professed mystics the knowledge concerning him, very meagre and very indefinite, is knowledge that has been obtained at second hand, in most cases from Eliphas Levi, who in his Dogme et Rituel de la Haute Magie, and again in his Histoire de la Magie, has delivered an intuitive judgment upon the German “Monarch of Arcana”, expressed epigrammatically, after the best manner of a Frenchman.
Click Here to Read The Hermetic and
Alchemical Writings of Paracelsus, Volume I
000
See volume II of “The Hermetic and Alchemical Writings of Paracelsus”.
000
Click to read the article “Paracelsus and the Book of Nature”, by CCA, and the short story “The Rose of Paracelsus”, by Jorge Luis Borges.
000
The two volumes of “The Hermetic and Alchemical Writings of Paracelsus” were published in the associated websites on 22 July 2020.
000