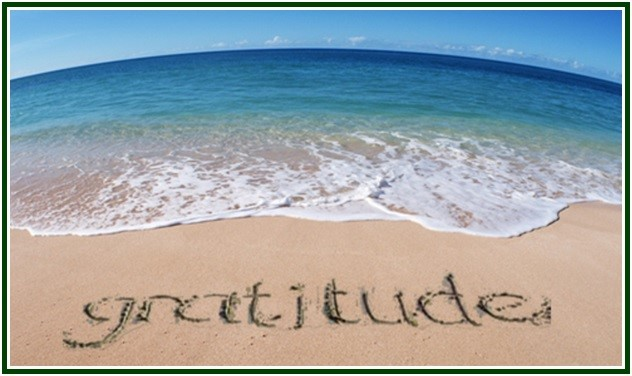 Each time the wish comes to you to complain about life, decide to be thankful, instead.
Mental complaints are self-defeating. Don’t pay too much attention to problems which do not depend on you. Instead of having negative thoughts about anyone or anything, ask forgiveness to your own conscience for the mistakes you have made in life, and take practical measures to correct and compensate them.
You are in time to become fully self-responsible. See the countless small positive opportunities surrounding you right now. Perform creative actions to expand and multiply them.
Accepting life as it is constitutes an essential axiom to students of theosophy.  It is also the first step to improve life in what it depends on us. By feeling gratitude, the pilgrim makes himself available to more events for which he will be thankful in the future.
Detachment brings about freedom. Voluntary simplicity is a way of life.  It is not just a key idea in economics and sustainable development, but a septenary attitude. It is like saying thanks to life and to the Law on the various levels of consciousness.
A Pleasant Renunciation
In order to be peaceful, the pilgrim’s existence needs to be physically simple. This can only endure on the basis of emotional simplicity, which means an absence of blind or intemperate desires.
Emotional peace is also inseparable from intellectual simplicity: mental noise is a major obstacle to having discernment.  A simplicity of mind allows one to think deeply, to see things in silence, and to correctly consider the decisive factors in any situation. Living with simplicity means renouncing that which is of secondary importance. Detachment leads to concentration, as concentration expands detachment.
Keeping life simple provides a direct relation between theory and practice, intention and action.
A pleasant renunciation occurs as one’s heart gets sick and tired of small events, and looks for that which is immense and eternal.
There are different kinds of bird, and levels of mind. A hen seeks for insects on the soil, while an eagle examines the mountains from the sky. If the point of view from which one looks at life is elevated, one’s horizon will be wide and the vision, wise. Thus the dedication of one’s whole life to a noble ideal becomes a way to joy, a road to contentment.
000
An initial version of the above article was published on pp. 12-13 of the July 2014 edition of “The Aquarian Theosophist”. It had no indication as to the name of the author.
000
On 14 September 2016, after examining the state of the esoteric movement worldwide, a group of students decided to found the Independent Lodge of Theosophists. Two of the priorities adopted by the ILT are learning from the past and building a better future.
000