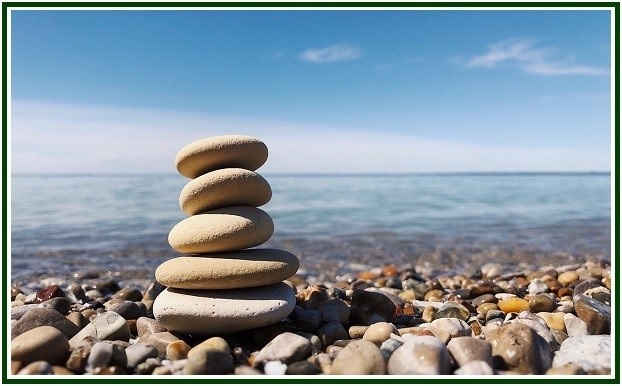 00000000000000000000000000000000000000000000
Editorial Note:
“The Key to Steadiness” was first published
anonymously by “Theosophy” magazine, in its
January 1922 edition, pp. 77-78. An analysis of
its contents and style indicates it was written by
J. Garrigues.  The original title was:  “Steadiness”.
(CCA)
00000000000000000000000000000000000000000000000
Steadiness presumes a control of the body, the senses, the mind and the feelings out of regard for the end in view. If that end be any but the highest, true steadiness cannot be had. This is because the end itself will not be steady, and thus the being who strives for it sways with the movement of the swaying goal.
Hence the teachers down the ages, including those of our own day as well as the ancients, warn us: Always keep the main purpose in mind; the object of our alliance must never be lost sight of.
What is that object, the main purpose for every true student of theosophy?  It is union with the Higher Self – no less than that – a conscious realization of and oneness with our God.
This seems a far off ideal to many. We know we are not ready.  Years of education, of experience, of changing ideas and ideals, of wavering goals, have passed in this one life alone for most of us. We are of the race, moved by the race ideas, sunk in and bound by its fancied civilization:  environment, both inner and outer, is so strong! Sometime and in some incarnation we will be ready, we think – ; a good many lives after this one. This is a personal position, of course, and hence a weak one. No real steadiness can ever come from a stand like this.
Only the Self is permanent. Only the permanent can be steady. We are that Self, that God, that Highest – the “main object” is the realization of That.
So by dwelling upon the idea, by taking the position – taking and re-taking it patiently, persistently and without discouragement – we will find ourselves moving towards a steady goal. And steadiness comes silently but increasingly upon us, like any other knowledge or acquirement worth having. We find we are beginning to have some of it, beginning likewise to understand and value it. Then can we get to work to investigate, exercise and use these powers and instruments of ours. The driver sits firmly in the chariot, makes true use of the reins, learns to control his horses and drive them to their proper work.
The steady disciple moves among men and events of whatever nature strong, serene and unshaken – able to discriminate between one thing and another, able to solve problems because he can see them as they are, ready and able to meet efficiently the duties of life as they present themselves, able to help other souls as they need and ought to be helped. The fire of the Self burns strongly in him: he must stand firm and steady against its very exhilaration, lest he come to feel its power as his power, and thus fall from the akasha to the lower astral light – from steady impersonality to the wavering personal position again. But the very fire, Self-fed, sustains and feeds him and by its power, for others, miracles may be performed. No wonder a Teacher said, “It strengthens and improves, even the circumstances of life.”
We can strive, then, for steadiness by holding to the main object, by taking and re-taking the true position daily, hourly, from moment to moment. There is no other way. We shall see that nothing is small, nothing is great, all is life, all interesting and valuable experience. An elevation comes with steadiness, a confidence, a sureness, a nobility – and a humility. The reward of its attainment must be rich and wonderful beyond speaking, for one would then become a Master of life.
“Om is the bow, the Self is the arrow, Brahman is called its aim. It is to be hit by a man who is not thoughtless; and then as the arrow becomes one with the target, he will become one with Brahman. Know him alone as the Self, and leave off other words. He is the bridge of the Immortal. Meditate on the Self as Om.”[1]
NOTE:
[1] J. Garrigues is quoting here the lines from the Mundaka Upanishad which open the article “Hit the Mark”, by William Q. Judge. See “Theosophical Articles”, by William Judge, Theosophy Co., Los Angeles, 1980, volume II, p. 389. (CCA)
000
In September 2016, after a careful analysis of the state of the esoteric movement worldwide, a group of students decided to form the Independent Lodge of Theosophists, whose priorities include the building of a better future in the different dimensions of life.
000
E-Theosophy e-group offers a regular study of the classic, intercultural theosophy taught by Helena P. Blavatsky (photo).