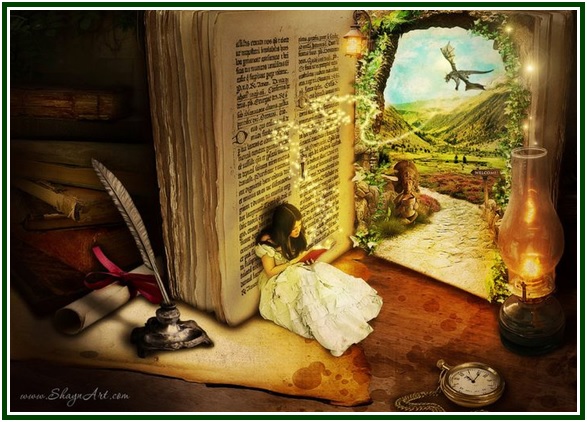 According to the esoteric tradition, the most important words are not written in paper. They are not online, and can’t be found in the electronic memory of a computer.
Plato, the Greek philosopher, wrote that the best words are recorded in one’s soul.
In his dialogue “Phaedrus” [276], he examines the level of consciousness on which the truth can be actually understood. Plato describes in this way a dialogue between Socrates and Phaedrus:
“Socrates – I mean an intelligent word graven in the soul of the learner, which can defend itself, and knows when to speak and when to be silent.”
“Phaedrus – You mean the living word of knowledge which has a soul, and of which the written word is properly no more than an image?”
“Socrates – Yes, of course, that is what I mean.”
Centuries after Plato, Roman philosopher Seneca wrote:
“The student must concentrate on a few chosen authors, and absorb the substance of their writings, so that something can get recorded in his soul.” [1]
The same idea is taught in the Old Testament. Ezekiel, 3:10, says:
“Listen carefully and take to heart all the words I speak to you.”
And in the New Testament, one sees these words by Paul in 2 Corinthians 3:
“You yourselves are the letter we have, written on our hearts, known and read by everyone. You show that you are a letter from Christ (…), written not with ink but with the Spirit (…), not on tablets of stone but on tablets of human hearts.”
Plato, Seneca, Ezekiel and Paul are not alone in talking about teachings that are recorded in one’s soul. In its own way, human memory can contain a bookshelf. Since ancient times Eastern and Western students of philosophy use to build a sort of “portable library”, and take it with them wherever they are, across the cycle of 24 hours. The strength of this library depends on the degree of commitment the student has to the wisdom, and to the victory of his own soul.
The ancient practice of memorizing books and teachings is of decisive importance in the 21st century. Thanks to it, the mind of the student avoids being idle in any fraction of free time.
While waiting in a queue in a bank or supermarket, when facing a traffic jam or walking on the street, the truth-seeker calls to himself and reads again some of the main ideas which are written in his soul. He re-examines them, he recites them mentally and observes them. He repeatedly emits them on the mental plane, making of them a mantra which will strengthen and protect him while attracting good karma.
The student can also write down in his own mind the ideas that help him face the challenges of any specific moment. With this exercise he keeps his mind concentrated and becomes increasingly responsible for everything that takes place in his consciousness, and anything that happens to him.
He no longer needs to physically open a book or to visit the websites associated to The Aquarian Theosophist (among others), in order to “read” about theosophy. He memorizes some of the sentences and ideas of central importance to him and dwells on their meaning while perceiving the strength of the self-determination that emerges from such a practice.
He sees new shades of meaning in the same axioms and principles. Along the day, he creates opportunities to come back to such inspiring tenets, thus liberating his mind once and again from mundane topics.  The practice has positive effects over the quality of his sleep and his dreams, over his personal relationships and his effectiveness during work hours. With the awakening of his spiritual will, his mind becomes clear and his emotions get purified. He then experiences the fact that the inner happiness is something one must plant for quite some time, in increasingly correct ways, before one can hope to harvest.
NOTE:
[1] From the book “Conversas na Biblioteca, um diálogo de 25 séculos” (“Talks on the Library”, a bibliographically documented dialogue of 25 centuries), by Carlos Cardoso Aveline, Ed. Edifurb, Blumenau, SC, Brazil, 170 pp., 2007, see pp. 30-31.
000
On the role of the esoteric movement in the ethical awakening of mankind during the 21st century, see the book “The Fire and Light of Theosophical Literature”, by Carlos Cardoso Aveline.