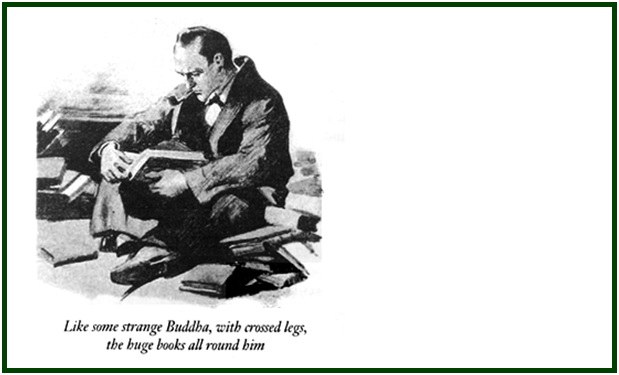 Sherlock Holmes in the story “The Veiled Lodger”:  original illustration and its legend
For more than one century Sherlock Holmes has not gotten old. Tall, thin, with an eagle’s nose, he first appeared in the streets of London in 1887 and has lived in human imagination since then, constantly protecting innocents, defeating criminals and preventing violence.
It is largely thanks to Holmes that the traditional London of the end of 19 century remains alive today. With his magnifying glass and his collection of smoking pipes, this detective is a living myth and possesses unlimited vitality. His ability to make logic deductions attracts the attention of millions of people. Each year the books with his adventures get new editions. From time to time films are produced. TV series are not difficult to find. Even in our century many admirers send air mail letters to him, using his traditional address of Baker Street, 221-B. His worldwide popularity is incomparable. He became one of the greatest characters in the literature of all time.
Even his creator, Arthur Conan Doyle, was unable to defeat Sherlock Holmes. At some point Doyle felt that detective stories had no real importance in his literary work. He wanted to write books of more significance. In an attempt to get rid of Holmes, Doyle described his death in a story, but the public rejected the idea.  The pressure from readers and editors was so great that Doyle had to reveal in “The Empty House” that in fact Sherlock had not died – and new adventures started being published again.
There is something, however, that many have not realized: behind his enigmatic appearance, Holmes has a spiritual view of the world. While defending Life and justice, he uses esoteric knowledge. Arthur Conan Doyle had a personal interest in mysticism since youth and dedicated the last part of his life to the propagation of Spiritualism “after 36 years of esoteric studies”, as he writes in the preface to his memoirs.
The 60 original stories of Sherlock Holmes clearly show the human dramas of jealousy, greed, falsehood and violence. At each adventure the detective unveils and destroys a chain of illusions, and sometimes of self-illusion. Yet the universe of Holmes’ action did not stop growing. After Conan Doyle, other writers have adopted the immortal character of Baker Street and added all kinds of new stories, some of which considerably distort his life.
Sherlock is a private detective whose areas of personal interest are extremely varied and often paradoxical. He is an effective boxer, yet few can play violin like him. He practices baritsu (bartitsu), a British-Japanese martial art, but also spends sleepless nights making complicated chemical tests in the small apartment where he lives and works. His colleague John H. Watson described the working environment. “There were the chemical corner and the acid-stained, deal-topped table. There upon a shelf was the row of formidable scrap-books and books of reference which many of our fellow-citizens would have been so glad to burn. The diagrams, the violin-case, and the pipe-rack – even the Persian slipper which contained the tobacco.” [1] There is a great amount of newspapers and books. The fireplace is there. Living in the same building, Mrs. Hudson does the cooking and the housecleaning and opens the door to Holmes’ apartment. The detective reads ancient and religious texts. In the opening scenes of the story “The Golden Pince-Nez”, he spends a whole day examining the original text of a XV century palimpsest with a magnifying glass.[2] The palimpsests are parchments whose texts the scribes used to erase, so that other documents would be written; but it is not impossible to see the previous texts which in some cases were scraped or washed off long before.
Having an extraordinary mental power, Holmes loses no time or energy with trifles. His external behaviour is unpredictable. He has no attachment to the world of appearances. The London detective is a master in the art of disguising himself and can easily adopt the external characteristics of the average middle-class citizen, or of an old querulous beggar, if this helps him make easier progress in his investigations.
In the first paragraphs of “The Adventure of Black Peter”, Watson reveals that Holmes has numerous disguises and names “with which he conceals his own formidable identity”. The detective has at least five small refuges in different parts of London in which he is able to change his “personality”, using them until some specific task is accomplished.
Sherlock and Theosophy, in Ten Items 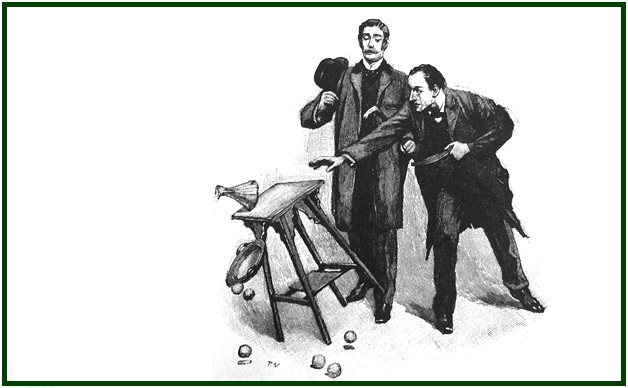 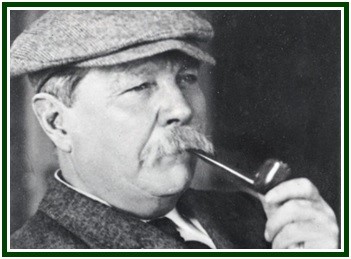 Read in our websites the article “Conan Doyle Studied Theosophy”.
000
The above article was published on 10 June 2018. It is a translation from the Portuguese language text “A Filosofia de Sherlock Holmes”.
000
On 14 September 2016, a group of students decided to found the Independent Lodge of Theosophists. Two of the priorities adopted by the ILT are learning from the past and building a better future.
000