Each Human Being Can Become a
Center Which Generates Spiritual Light
Steven H. Levy 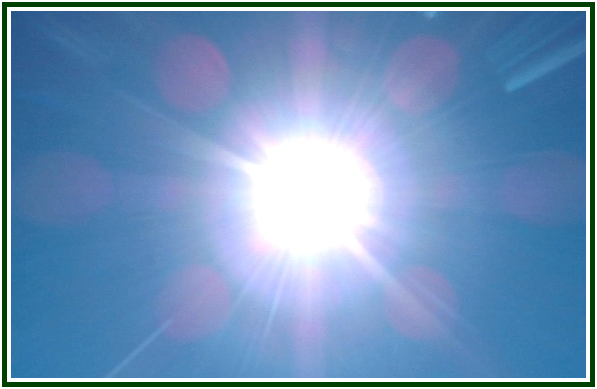 Progress is achieved by striving for a recognized ideal. With the image before us of the highest we can imagine, the will is energized and the end in view eventually materialized and realized. The newly fashioned vehicle of former aspirations becomes the lens by which a higher ideal is brought into focus. The upward progress of ideals corresponds to progress in the moral nature of human beings.
The human being is of the same nature as that ideal on which his faith is fixed, says Krishna in “The Bhagavad Gita”. The noble task of Theosophy is to nurture the moral evolution of humanity by inspiration, rather than to try to impose it from without by dogmatism and worship of external authority. This can be accomplished by the dynamic power of Theosophical ideas, if they are promulgated, contemplated, and applied.
The most important ideal seems to be the ideal of human perfectibility. Even the noble ideal of universal brotherhood can only be realized in proportion to recognition of the possibility of human perfectibility – that we can become better human beings than we now apparently seem to be. Before one can conceive the ideal of human perfectibility, there needs to be a change in the concept that the self is separate, weak, and dependent on the physical body and brain for its existence. The ideal of universal brotherhood is possible for one who realizes that the Self of each is the SELF of all.
The fact of the existence of the Mahatmas is difficult to acknowledge if one cannot get a glimmer of the possibility that one’s self is greater than it appears to be and is essentially divine in nature. Elevating the mind and heart of human race to the ideal of perfectibility begins with the power of fundamental Theosophical principles to stimulate the mental and spiritual evolution of self-knowledge. There is a correspondence between the advancement of humanity “within” and its phenomenal progress “without”.
The idea that the infinite, eternal, Absolute All is the SELF of all and is one and identical with the spiritual Self of each, releases the idea of self from its mental prison of separateness from the Divine and every other being.
The ideas of reincarnation and karma expand our view of one another as immortal, responsible, and powerful souls, rather than temporary bodies and personalities.
The idea of physical, mental, and spiritual progress through self-induced and self-devised effort expands our view of ourselves as souls in evolution, divine in essence and self-conscious Gods in potential. In the teachings of Theosophy are to be found the tools by which one can build a truer realization of the Self and thereby a profounder conviction in the ideals and facts of human perfectibility and universal brotherhood.
The elevation of the heart and mind through the dynamic power of these ideas will empower individuals to become co-workers with the perfecting process of nature.  As H.P.B. writes:
“In a world of illusion in which the law of evolution operates, nothing could be more natural than that the ideals of MAN – as a unit of total, or mankind – should be forever shifting. A part of the Nature around him, that Protean, ever-changing Nature, every particle of which is incessantly transformed, while the harmonious body remains as a whole ever the same, like these particles man is continually changing, physically, intellectually, morally, spiritually. At one time he is at the topmost point of the circle of development; at another, at the lowest. And, as he thus alternately rises and sinks, and his moral nature responsively expands or contracts, so will his moral code at one time embody the noblest altruistic and aspirational ideals, while at the other, the ruling conscience will be but the reflection of selfishness, brutality and faithlessness. But this, however, is so only on the external, illusionary plane. In their internal, or rather essential constitution, both nature and man are at one, as their essence is identical. All grows and develops and strives toward perfection on the former planes of externality or, as well said by a philosopher, is – ‘ever becoming’; but on the ultimate plane of the spiritual essence all Is, and remains therefore immutable. It is toward this eternal Esse that every thing, as every being, is gravitating, gradually, almost imperceptibly, but as surely as the Universe of stars and worlds moves towards a mysterious point known to, yet still unnamed by, astronomy, and called by the Occultists – the central Spiritual Sun.” [1]
The Central Spiritual Sun is the throbbing heart of the Solar System periodically giving to all that lives and breathes within its reach a spiritual impulse toward the higher life. This occurs regularly and dependably regardless of the outer conditions that distinguish the seasons of the year.
The seasons of the moral nature of humanity may have their winter, spring, summer, and fall, but this does not and should not prevent true servants of humanity from being the dependable and persistent “spiritual sun” for all those who live within their community of influence. There is in each human being the power to be a center of spiritual force generating the light and heat of their ideals. By the former, human beings gain a truer realization of the Self. By the latter the profounder convictions of universal brotherhood shared by many as a fact in nature are fused into a physical nucleus of Universal Brotherhood of humanity.
NOTE:
[1] “The Fall of Ideals”, in “Theosophical Articles” by H. P. Blavatsky, Theosophy Co., Los Angeles, Vol. I, p. 142.
000
On the role of the esoteric movement in the ethical awakening of mankind during the 21st century, see the book “The Fire and Light of Theosophical Literature”, by Carlos Cardoso Aveline.