A Study in Theosophy,
And a Memoir of a Great Soul
William Kingsland 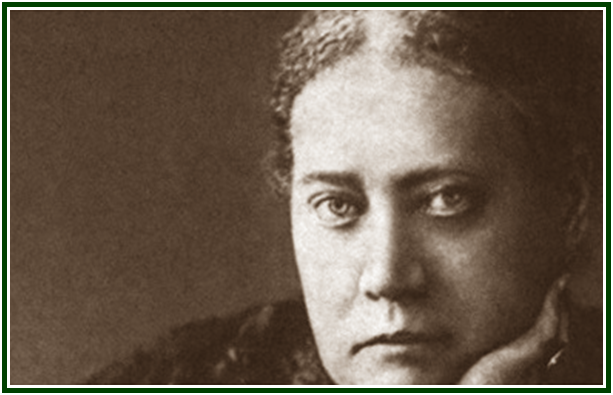 Helena P. Blavatsky (1831-1891)
A 2012 Editorial Note:
The 1928 edition of “The Real H. P. Blavatsky”, by William Kingsland, is here reproduced in PDF format. The book has 322 pages, and constitutes one of the best testimonies available on the founder of the modern esoteric movement.
Life is not always easy.  Learning Theosophy is more than an intellectual process, and William Kingsland (1855-1936) wrote thus while referring to Ms. Blavatsky:
“She taught us Theosophy – not as a mere form of doctrine, not as a religion, or a philosophy, or a creed, or a working hypothesis, but as a living power in our lives.” [1]
In 1909, Kingsland had to make a choice. Deeply disappointed by what he saw in the theosophical movement, he denounced in an open letter to Annie Besant that she had abandoned both ethics and theosophy.  His manifesto was later published by another loyal and direct student of H.P.B.’s, Mrs. Alice Leighton Cleather. [2]
The path to wisdom is uphill, steep and narrow. No one is above mistakes.
Pitfalls are numerous and surround each important step ahead. Vigilance is of the essence, as the work “Dhammapada” clarifies in its Chapter Two. An imperfection in Kingsland’s book serves to illustrate the fact that even the best students must examine their sources at each step and every moment, taking nothing for granted, so as to continuously develop their discernment of what is right and what is wrong.
At p. 173 of “The Real H. P. Blavatsky”, Kingsland refers en passant to “The Tibetan Book of the Dead”  as if it were a legitimate Buddhist book and useful to students of theosophy.  He most likely never read the book. If he had done so, he would have another opinion. The so-called “Tibetan Book of the Dead” is a Ningma text and its contents are Dugpasic. It is a pseudo-Buddhist handbook purporting to tell people how to avoid the Law of Karma. Its statements are in direct contradiction to Theosophical teachings regarding post-mortem states, karma and ethics. [3]
Although subject to error – as every human being -, William Kingsland was one of the best direct students of H.P. Blavatsky and one who remained loyal to truth to the end. He showed more discernment than many, and had a deep understanding of the esoteric philosophy.
His books brought significant contributions to theosophical literature, as Boris de Zirkoff acknowledges in his text on Kingsland’s life and work, included in the “Collected Writings” of H. P. Blavatsky.
Kingsland made a valiant defence of truth, and “The Real H. P. Blavatsky” includes as an Appendix his critical analysis of the false accusations fabricated by the Society for Psychical Research.
“The Real H. P. Blavatsky” offers the reader an insightful approach to the emotional difficulties H.P.B. had to face in her personality. See for instance pp. 36, 87-93, and 236. It also makes a revealing comparison between H.P.B. and Jacob Boehme (whose books influenced many during the beginnings of philosophy in Russia). This comparative study can be seen especially at pp. 13-17.
(Carlos Cardoso Aveline)
Click Here to Read
“The Real H. P. Blavatsky”, in PDF
NOTES:
[1] “What H. P. Blavatsky Taught Us”, an article by William Kingsland published by our associated websites.
[2] “An Open Letter to Annie Besant”, Alice Leighton Cleather. The text can be found at our websites.
[3] “Tibetan Book of the Dead Is Ningma”, an article by John Garrigues.  See it in our associated websites.  Read also the article “Theosophy and the Bardo Thodol”, by Carlos Cardoso Aveline. “Bardo Thodol”   is the Tibetan name of the so-called “Tibetan Book of the Dead”.
000
In September 2016, after a careful analysis of the state of the esoteric movement worldwide, a group of students decided to form the Independent Lodge of Theosophists, whose priorities include the building of a better future in the different dimensions of life.
000