A Key to the Mystery of Human Dharma
Carlos Cardoso Aveline 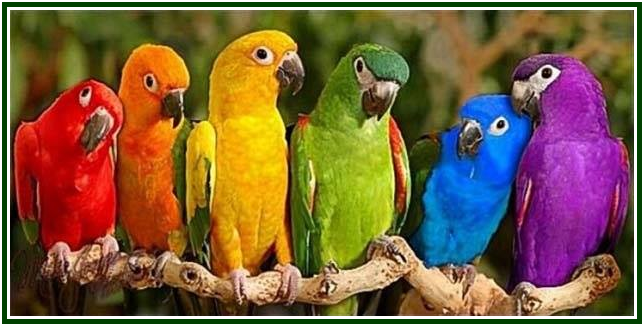 Nature Has a Variety of Talkative Parrots
There is a key to the mystery of human Karma and Dharma. It constitutes a constant occult challenge to the theosophical movement and each one of its members.
In order to solve the mathematical problem of how to activate a healthier relationship between our civilization and its future, one must first find the way to the best use of his own energies on a daily basis.  This includes the various integrated dimensions of life, from physical to spiritual, at individual and collective levels.
The art of using one’s own energies is directly linked to the third object of the modern theosophical movement, which is “to investigate the unexplained laws of nature and the psychical powers latent in man”.  This art is also inseparable from the other two objects of the movement. We need to live something of the first object (universal Brotherhood) and  obtain a degree of progress as to the second object (universal Knowledge) , in order to make any real progress with regard to the third object and develop our powers of thinking, acting, feeling and perceiving  in a correct way.
The opposite is correct, too: it is necessary to develop the latent power of right thought and right understanding in order to attain the limitless knowledge which leads us to the practice of  universal brotherhood. The three objects are closely interdependent.
To help humanity is the best way to help oneself along the spiritual path. The task ahead is not so much to worry about external obstacles faced by mankind, although one must keep a vigilant eye on them. The task is to permanently build, rebuild, preserve, and expand a worldwide nucleus of people who have this wider view of life.
The Proof of Real Learning
Ethics is the art and the intention of sowing good karma. There is no philosophy without ethics, for “love for wisdom” is more than words. The real theosophical movement is not an inch larger than its ethics. It is as strong as the presence in it of a sense of impersonal and impartial justice.
The ethical purpose of acting correctly towards all beings is the only proof or evidence that a student may indeed know something about theosophy in his heart.
Memorizing theosophical literature is no good, in the absence of goodwill. One may be able to recite “The Voice of the Silence”, “Light on the Path” and “The Key to Theosophy” by heart with unfailing exactitude, and all one would deserve – if there is no Ethics -, is perhaps a gold medal for his parrot’s skills.
The very same illusion about words that deceives theosophical parrots makes them especially proud of their abilities, and no one is necessarily above such a danger. One should always practice self-observation, lest one becomes a parrot and doesn’t know about it.
The actual life one can find today in the various theosophical associations is due to the existence in them and in their students of an impersonal Ethics.
According to the Independent Lodge of Theosophists, the relative lack of vitality one may see in any esoteric circle is the result of limitations in Ethics and Altruism. There is also a mayavic vitality, which has a short-term intensity: it is unable to last and produces its own destruction.
The movement needs the deeper sort of life, the one that emerges from a clear understanding of the original teachings. This “occult” vitality expresses a long term purpose, and it is at present quietly expanding as more people awaken from the old 20th century atmosphere.
000
An initial version of the above article was first published in the May 2012 edition of “The Aquarian Theosophist”, with no indication as to the name of its author.
000
In September 2016, after a careful analysis of the state of the esoteric movement worldwide, a group of students decided to form the Independent Lodge of Theosophists, whose priorities include the building of a better future in the different dimensions of life.
000
E-Theosophy e-group offers a regular study of the classic, intercultural theosophy taught by Helena P. Blavatsky (photo).