A Mystery About HPB
and Events in London, 1891
Ernest Pelletier 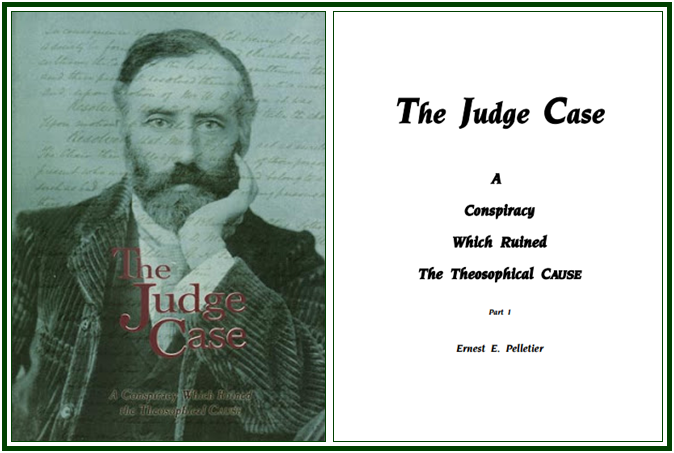 Front cover and opening page of  the 2004 book “The Judge Case – A
Conspiracy Which Ruined the Theosophical CAUSE”, by Ernest Pelletier
Shortly after reviewing “The Secret Doctrine” Annie Besant joined the Theosophical Society on March 10th, 1889. Besant had made a name for herself as one of England’s finest orators and her abilities were needed by the growing Society. Besant showed great promise as a student of Theosophy and was soon sitting at H.P.B.’s side acknowledging her as her new guru. She was quickly brought in as a pledged member of the Esoteric Section. Just one month before her death H.P.B. appointed Besant (April 1st, 1891) as the Chief Secretary of the Inner Group of the Esoteric Section and Recorder of the Teachings,[1] and arranged for her to go to America to meet William Q. Judge and deliver Blavatsky’s message to the American Convention held April 26th – 27th, 1891, as her special delegate.
Click Here to Read
“The Wills of Helena P. Blavatsky”, in PDF
000
In September 2016, after a careful analysis of the state of the esoteric movement worldwide, a group of students decided to form the Independent Lodge of Theosophists, whose priorities include the building of a better future in the different dimensions of life.
000