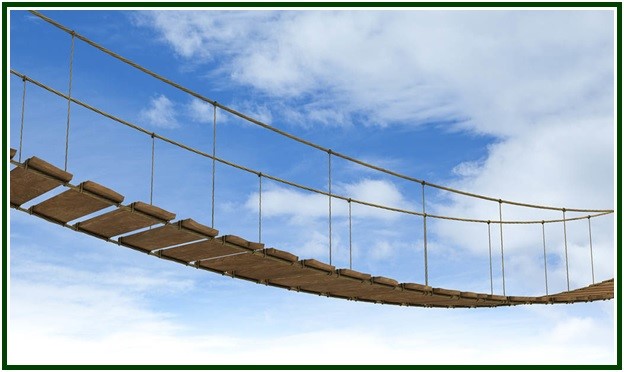 Into a large extent, the social, political and economic dangers now being faced by our humanity are mere results of the relative failure of modern theosophical movement. This idea may seem absurd only when superficially examined.
Politics and economics belong to the world of effects. Human Karma is defined by the existence or not of a collective antahkarana, a bridge or Jacob’s ladder leading to the world of universal ethics and celestial wisdom.  However, those who understand this basic fact are not numerous.
Only the practice of the honesty of the soul – in the esoteric movement and other social sectors – will improve the life of the nations, since without a collective antahkarana there is no real progress in human history. The fact is mentioned by Helena Blavatsky in the last paragraph of her book “The Key to Theosophy”. [1]
This is the issue examined in the symbolic dialogue between Abraham and the Lord on chapters 18 and 19 of Genesis. The theosophical movement depends on the Few who are not excessively dependent on the world of consequences, and are able to act on the plane of the Causes.
Ten or twenty truly ethical individuals can do that which a numerous political party, apparently well-intentioned, fails to accomplish: to create good Karma. And as long as actual good Karma is not created, no amount of propaganda campaigns will be effective.
With the exception of real statesmen, professional politicians rarely make a great difference because they operate in the world of effects.
No one, not even the best head of state, can do alone something as important as the almost invisible mission of the authentic theosophical movement and all citizens of good will: that is, to find, educate and inspire into actual work the minimal amount of rightful men and women required by the “Lord”, or the Law of Balance, to avoid disaster.
These are the souls who can place or keep human Karma on a safe road toward a correct future. Only the rightful, the profoundly honest, can define a healthy destiny for nations: this is the essential teaching of the biblical story mentioned.
In a materialistic society, however, efforts to improve the quality of life are mainly short-sighted and limited to the physical plane. They obey to the general principles of blind selfishness, including collective selfishness. Many a well-intentioned initiative fails because it aims at benefitting one group at the expenses of the other sectors of human community, or they cause an unsustainable damage to the natural environment, which will revert against humans in general.
Theosophy, on its turn, changes reality from the inside and in every direction.
It teaches us how to walk from childish, egocentric ignorance all the way to a multidimensional awakening of ethics and wisdom. Three luminous factors – justice, respect and mutual help – are potentially present in all kinds of social relation. It is up to each citizen to take the first step.
He who wants to truly live can always do that by acting in responsible ways. Instead of complaining about the absence of a collective antahkarana, the duty of theosophists and citizens of goodwill is to expand and strengthen the invisible bridge with the higher realms of Nature, starting with their own daily lives.
NOTE:
[1] See in our websites the articles “The Guardian Wall That Protects Mankind” and “The Coming of the New Cycle”.
000
Read also the article “The Duty of the Esoteric Movement”.
000
An initial version of the above article was published in Portuguese in “O Teosofista”, October 2012 edition, pp. 7-8. It had no indication as to the name of the author.
000
On 14 September 2016, a group of students decided to found the Independent Lodge of Theosophists. Two of the priorities adopted by the ILT are learning from the past and building a better future.
000