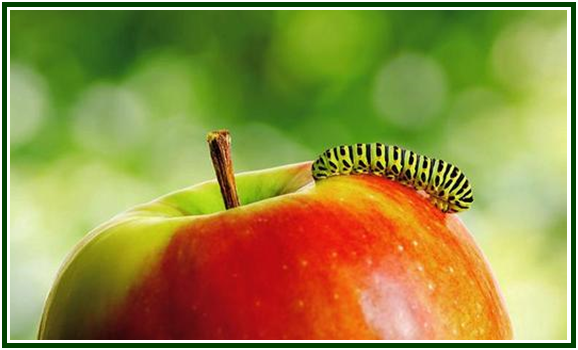 Each step ahead along the steep and narrow path to Wisdom must be sustained – both individually and collectively – by a stern discernment of illusions; and one must be able to act accordingly, choosing the way to truth and rejecting falsehoods.
If we want to act with justice in the theosophical movement – or in any movement inspired by good will and respect for life – , we can’t treat traitors and loyal people in the same way.
Universal brotherhood works with the law of karma and justice. It works through it, and not against it.
In the ancient Chinese Analects, one can read:
“Duke Ai inquired saying: ‘What should I do to ensure the contentment of the people?’ Confucius replied: ‘If you promote the upright and dismiss the ill-doer the people will be contented; but if you promote the ill-doer and dismiss the upright, the people will be discontented’.” [1]
There must be an utmost respect for facts and for honest research in the theosophical movement.  Otherwise, it would turn dogmatic.
The Cause of the movement is the search for truth. It is not the glory of any corporation. Free research is of the essence. Yet the difference between loyalty to the Cause and disloyalty to the Cause must be clearly seen and recognized if the movement is to grow in a healthy way.
And so it will.
There are a few significant reasons why Helena P. Blavatsky was attacked as a person in the 19 century. She showed that Churches and religious creeds as they are now cause more harm than good to mankind. She demonstrated the illusions to which present-day science attach itself, while working at the service of Money and Power.
Slandering her was a practical way for Churches and “scientists” to protect their vested interests. They had no other way to defend themselves because what she said was true. Their only alternative was to organize her moral assassination.
On the other hand, if someone within the very theosophical movement slanders its main founder – H.P.B. -; if such a person insists in spreading editorial forgery against her even after being warned several times, then there must be something wrong, and good-willing people cannot avoid their ethical duty. We are in the 21st century now.
Those who think HPB was a fraud have a right to think so; but they should not remain in the movement – if they have any reasonable amount of self-respect.
If HPB was a fraud in their view, what are they doing in a movement they think is based on fraud?  If they do want to belong to a movement of rascals, the theosophical movement cannot be their home. They must go a place that is in affinity with them.
In a little-known letter to William Q. Judge dated 19 March 1887 and written from Ostende, HPB wrote about the ability that any living organism must have to defend itself from destructive enemies and agents.
She wrote (and the underlining is hers):
“When a fruit has a worm in it, the latter does its work of destruction to the bitter end. But the fruit can’t help it – a human fruit endowed with will, intelligence & perambulatory powers can. If the human fruit who could extract the damaged part 10 years ago did not do it, – for lack of resolution & choice of either one thing or the other – of or ‘to be or not to be’ – why could he curse his fate, the web of his own fabrication.” [2]
That was written in the context of an individual life, but it applies to the theosophical movement as a whole and to its limited ability (so far) to defend itself from disloyalty.
HPB also wrote, in the same letter to William Judge:
“Make a rule that any fellow found out slandering another – be expelled after the second warning.” [3]
The theosophical movement must improve its ability to have discernment – and to use it by acting accordingly – in order to protect and to expand its inner connection to Truth.
NOTES:
[1] “The Analects”, Confucius, Dover-Thrift Editions, Dover Publications, Mineola, N.Y., U.S.A., 1995, 128 pp., see paragraph XIX in Book II, p.  8.
[2] “Theosophical History” magazine, October 1994, pp. 125-126.
[3] “Theosophical History” magazine, same issue and page.
000
An initial version of the above article was sent as a message to the Yahoo E-group E-Theosophy in July 2010.
000
See in our associated websites the articles “Defending the Old Lady” and “A Masterpiece of Editorial Forgery”, by Carlos Cardoso Aveline.
000
In September 2016, after a careful analysis of the state of the esoteric movement worldwide, a group of students decided to form the Independent Lodge of Theosophists, whose priorities include the building of a better future in the different dimensions of life.
000
E-Theosophy e-group offers a regular study of the classic, intercultural theosophy taught by Helena P. Blavatsky (photo).