Stimulating the Growth of That Which is Good
Carlos Cardoso Aveline 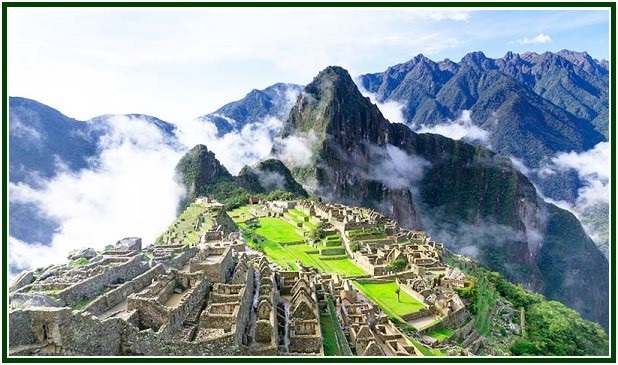 A view of Machu Picchu, in the Andean Cordillera
* Wisdom in life includes regularly examining the source and foundation of one’s view of reality. Only alertness and an unhurried attention allow one’s horizon to constantly expand. The very substance of the road changes for the better at each new step – and other obstacles emerge.
* Brotherhood does not need perfection. It rejects artificial unity of form or sameness of ideas. The foundation of international dialogue is in the ability to accept cultural differences. The self-respect of countries is as important as mutual respect among them all.
* Theosophists meditate on the best for the nations which face political and institutional crises in the complex worldwide transition we now live. Although obstacles are many, there is progress in human soul and society.
* Those who deny the need to fight ignorance in their own lives are but surrendering to collective illusion.
* Disguising one’s failings is not helpful: every mistake must be corrected, so that the good seeds germinate. It is by self-purification that one attains self-knowledge and self-liberation.
* Obtaining freedom means getting rid of irresponsible childishness. Truly free are those whose pleasure is in impersonally fulfilling their sacred duty regarding all beings.
* Vain people have no elevated goals. For this reason they often consider themselves higher than others.
* He who looks at the universe can see that his personal existence is not a great event in the life of our galaxy. It is only the immortal principle present in him that has the same substance as the entire universe. He knows that the bridge to his spiritual soul must be strengthened.
* The daily efforts of a determined student of theosophy constitute a conscious “walk” through time and towards an awakening of spiritual will. Through small steps the pilgrim makes progress from the world of pain and ignorance to the blissful regions of impersonal, universal understanding. If considered from the external world, his effort is poor, weak and seemingly illusory. However, the pilgrim knows in his heart that such a limited progress is real; and that this humble fact is blissful enough, to say the least.
* Self-control is the curtailing of useless habits and harmful attitudes, so as to stimulate the growth of that which is good, true and morally beautiful. As soon as the voice of the conscience is clearly heard, two facts occur. Balance and moderation tend to become spontaneous, while neurotic struggles cease.
* The daily effort that forms a theosophical self-discipline cannot unfold in the age of the Internet exactly as if we were living – for instance – in the final decades of the 19th century. But the difference is mainly external. The spiritual and theosophical project is essentially the same now as in the days of Pythagoras, Epictetus, Lucius Seneca or Helena Blavatsky, not to mention Patanjali.
* The real practice of universal wisdom transcends outer form and circumstance. It relies on Raja Yoga and Jnana Yoga. In other words, its foundation is a decision made by the individual to elevate himself to a metaphysical realm of contemplation and creative action regarding life around him. Such a view is shown in the works of thinkers like Samuel von Pufendorf, Francis Hutcheson, Maine de Biran, Immanuel Kant, Baron Holbach and many others. The Mahatma Letters bring us key documents if we want to understand the unfoldment of the humanistic project as it evolves across millennia.
* In the age of the Internet, the necessary Isolation for the purpose of self-training in Yoga and Theosophy is as possible as in any other century, except for the superficial levels of human mind. Isolation does not occur necessarily on the physical plane. Now as in any other epoch, the true temple is mainly within. It remains available to us any time, anywhere. It can be reached during sleep as well as waking hours.
* The present materialistic society suffers from a severe Karmic fever. This is no problem. Every karmic fever paves the way to wider and higher states of mind. In due time all obstacles to the progress of the soul are recognized as illusory.
* The right change can take place Now. By getting in union with our own essence, we see the unity between human mind and the eternal Law. From this vision a spiritual will emerges which creates (or reveals) the proper order in daily life and external matters.
The Sociology of Wisdom
* Lin Yutang wrote that morality leads to good manners, while a lack of it paves the way to uncontrolled aggressiveness. [1] Indeed, lust, hypocrisy and hatred are often associated. They are but different expressions of an exaggeration of animal instincts. On the other hand, ethics, friendliness and self-control come together. There is a natural affinity between a clean life and being kind to the others.
* China and Taiwan have a rich wisdom tradition, and Confucianism teaches us both moderation and good manners, in Politics as well as in social life. The lesson has a decisive importance in our century. A reasonable degree of good manners stimulates lucidity, while a culture of personal aggression and disrespect for one’s opponents opens the door to irrational action.
NOTE:
[1] “Between Tears and Laughter”, by Lin Yutang, Blue Ribbon Books, N.Y., 1943, 1945, 216 pp., see Chapter 10.
000
“Thoughts Along the Road – 48” was published as an independent text on 06 August 2020.  An initial version of it, with no indication as to the name of the author, is included in “The Aquarian Theosophist”, May 2019 edition, pp. 12-13.
The note “The Sociology of Wisdom”, included in the present article, is on pp. 2-3 of the Aquarian, May 2019 edition, and was also written by CCA.
000
See other writings of Carlos Cardoso Aveline.
000
E-Theosophy e-group offers a regular study of the classic, intercultural theosophy taught by Helena P. Blavatsky (photo).