A Philosophical Poem On
The Fire of Self-Enlightenment
E. Nesbit 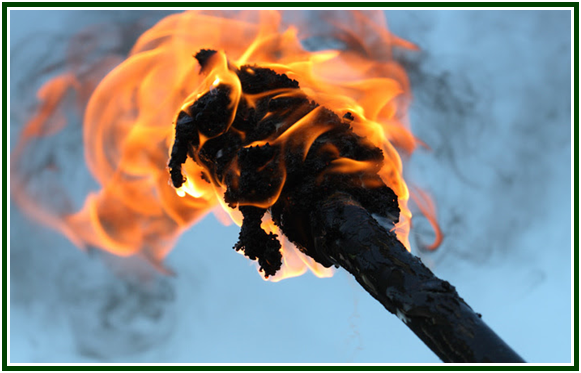 Each a torch we bear
Dark is the night: and through its haunted shadows,
We blindly grope and stumble – sometimes fall;
No star is near enough to light the darkness,
And priest-lit tapers cast no light at all,
Save such a feeble and delusive glimmer
As night-lights cast upon a sick-room wall.
Yet, each a torch we bear – lit or unlighted –
Burning for self it is a march-light’s gleam;
Kindled for others it’s the child of sunlight,
And darkness shrinks through twilight at its beam.
Were each torch duly lit, O world long darkened,
How would you bear the sudden light supreme?
Were each torch lit? See, thou who vaguely dreamest
Of what would be if every torch were lit,
See where thine own torch smoulders a wasted ember,
Thy torch – for noblest use framed and fit.
Light thine own torch – and hold it to thy brother.
And his will kindle at the flame of it.
(E. Nesbit, in the Link.)
000
The above poem was first published at the theosophical magazine “Lucifer”, in London, in its March 1890 edition, p. 29. The word “Lucifer” is the ancient wisdom term for the planet Venus. Since the Middle Ages its meaning has been distorted by misinformed theologians.
000