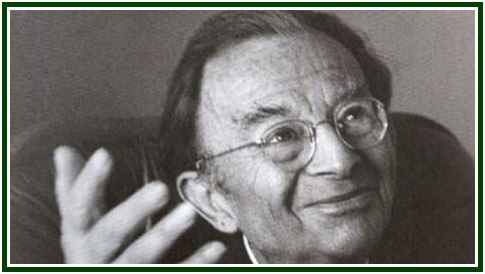 Erich Fromm (1900-1980)
Sometimes factors are left unexamined which are more important than those everyone talks about.
While the conventional media report on spectacular and theatrical military operations on the part of terror organizations in 2015, few are those who ask themselves:
“What are the political and economic interests that prevent journalists from fulfilling their duty and investigating the Causes of these short term events?”
A few examples should be given.
Everyone can see that Islamic terrorists are well funded. They need millions of dollars to keep and expand their worldwide networks of suicide-murderers. They use huge fortunes and expensive weapons, in order to present their shows of killing innocent civilians in choreographic and media-attractive ways. Negative events can fascinate entire nations. Mass hypnotism is on the agenda, and the conventional media is eager to follow the lead of those who hate mankind and furnish them with catastrophic images. Other facts, however, are scarcely known:
* What banks do terrorists use?
* How exactly do they get such fortunes as they have been using?
* Who sells weapons to them?
* What factories make their weapons?
* Who is willing to investigate and reveal the truth behind the show, and who is not, and why?
There must be a reason for the media to systematically avoid discussing the authoritarian character of mainstream Islamic ideology, according to which every “unbeliever” should be killed, women must be treated as slaves, and Jews have to be expelled from their ancient and modern home, Israel.
Active and hysterical forms of despise for life, as the Nazi-Fascism of the 20th century and the radical Islam of recent years, cannot live on their own.  They must feed on passive or silent forms of despise for other beings. Implicit love of death makes it possible for an aggressive feeling of hate for life to occur and to spread.
The present-day cult of machines and robots belongs to the passive side of collective disconnection from life. The worship of money, of fame and short-term pleasure constitutes another factor. These deviations lead to a comfortable yet disastrous denial of human duties towards the natural environment, animals, forests, trees, our children, the rights of generations yet-to-be-born and the whole creation.
Despise for life has been a cyclic event in human history. It usually leads to the end of societies which have ceased to serve the evolutionary purpose. Erich Fromm wrote:
“Lewis Mumford has shown the connection between destructiveness and power-centered ‘megamachines’ as they existed in Mesopotamia and Egypt some five thousand years ago, societies that have, as he has pointed out, much in common with the megamachines of Europe and North America today.” [1]
Could beautiful cars become gods?
Referring to the daily worship of machines and the voluntary degradation of life in our time, Fromm mentioned the subconscious devotion to money:
“All over the industrialized world there are men who feel more tender toward, and are more interested in, their automobiles than their wives. They are proud of their car; they cherish it; they wash it (even many of those who could pay to have this job done), and in some countries many give it a loving nickname; they observe it and are concerned at the slightest symptom of a dysfunction. To be sure a car is not a sexual object – but it is an object of love; life without a car seems to some more intolerable than life without a woman. Is this attachment to automobiles not somewhat peculiar, or even perverse?” [2]
Fromm wrote decisive pages on Necrophilia or the worship of death and of lifeless objects. He showed how disrespect for life lies at the source of the apparently innocent cult of technology and machines.
Taking his point of view into consideration, it is not too difficult to see that phenomena as Terror, War, Corporate Disrespect for Democracy and Financial Frauds are not entirely separated.  They all put money and power above Life. They must be rigorously fought through multidimensional efforts which address their Causes, too, and do not remain limited to effects.
While fighting the effects has great importance, this is not enough; for terror leads to War, and War is big business. Military conflicts provide huge profits for more than one economic group, and some of them are politically influential.
It won’t be easy to get rid of such a vicious circle, but there is no other way to follow. Appeasing terror or its religious ideology is not the way. Appeasing the merchants behind the terrorists is not, either.
True peace hopefully belongs to the present century.  In order to obtain it, however, mankind needs among other tasks to improve the ethical substance of its economy. And the main foundation of a sustainable economy is the consistent practice of respect for all life.
NOTES:
[1] “The Anatomy of Human Destructiveness”, Erich Fromm, copyright 1973, Fawcett Publications, Greenwich, Connecticut, USA, 576 pp., see p. 380.  See his books “The Heart of Man, its genius for good and evil” (copyright 1964), and “Escape from Freedom” (copyright 1941 and 1965).
[2] “The Anatomy of Human Destructiveness”, Erich Fromm, p. 381.
000
One might also take into consideration Sigmund Freud’s essays “Thoughts for the Times on War and Death” (1915), and “Civilization and Its Discontents” (1929).
000
The above article was first published on 17 November, 2015, in our blog at “The Times of Israel”.
000
In September 2016, after a careful analysis of the state of the esoteric movement worldwide, a group of students decided to form the Independent Lodge of Theosophists, whose priorities include the building of a better future in the different dimensions of life.
000