Increasing Perfection Means Constant
Change of One’s Nature, in the Direction of the Higher
John Garrigues 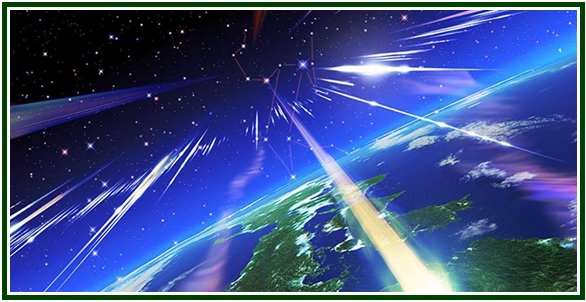 0000000000000000000000000000000000000000
The following article was first
published anonymously at “Theosophy”
magazine, Los Angeles,  July, 1925, pp.
421-422. An analysis of its contents and
style indicates it was written by Garrigues.
Original title: “Joy-Producing Action”.
00000000000000000000000000000000000000000000
The Puritan or the reformer, albeit unknown to himself, acts upon the basis: “Whatever is pleasant is bad.”
Most of us have a hidden but solid belief that to be virtuous is to be unhappy and to help others be so – a legacy from the Jehovah-myth betraying implicit faith in the supremacy of evil. Small wonder that a rising generation, convinced of the identity of holiness and sourness, has cast aside both with a single gesture.
If one enters Theosophy with this preconception, he finds plenty of vinegar ready for the drinking. Discovering that Theosophical living calls for real self-sacrifice, real self-discipline, and an earnest attempt to live up to the noblest code on earth – as distinguished from mere intellectual appreciation of it – what more natural than that the Theosophical Path should stretch as an aching desert in our shrinking imaginations, or that by that very attitude we should therein multiply stones for the bruising of our feet?
The layers of physical, mental, and moral human nature are many; each of them is correlated with a particular variety of “pleasure”.  But if we calmly analyze, we shall find in it no tangible elements save two: action, and the perception of that action by That within us, which is nameless on this plane. There is no fixed rule regarding the mode of action which shall produce “pleasure.”
The pleasure of the gutter drunkard would be misery to a clean man. The action of an athlete on the field of honor – to him the keenest joy – by very induction creates a weary ache in the bones of the professor-spectator; and the thought of that laboratory in which the savant finds the pleasure of action, gives the player a headache. To one, literature is an Elysium, a haven of rest from all woe; to another, a furrowed brow and bewilderment.
Therefore the nature of joy-producing action is determined by the nature of the individual. The whole meaning of Theosophy is the perfectibility of the individual by his own efforts. Increasing perfection means constant change of nature, and that always in the direction of the higher.
Disconnected, uncontrolled action of the subordinate lives of the body – mediumism – is made possible when the quality of darkness and inertia, Tamas, rules the whole. This is the case of him in the gutter.
When the body is ruled by Rajas, the quality of action and ambition, the coherent and centrally-directed action of the athlete becomes possible, and is ruled by a perfected physical mind.
Ruled by the quality of harmony, of desire for wisdom, Sattva, body and physical mind are welded together for keen perceptive action on a higher plane: and there enters the first spreading glow of Egoic Mind, the true Manas.
Body, physical mind, and intellect welded together under the direction of Spiritual Intelligence – called into manifestation only by altruistic action, since its nature is impersonal and non-individual – this is the nature of Those who point our path.
Animal, man, sage, and Master, these are the stages of the ancient Path, each containing within it the powers of all below, purified, harmonized, and intensified. In a Universe of Law, how is it possible to conceive that the exercise of all these powers combined shall not yield, without seeking, vaster and deeper joys than any of the terrene plane, in like measure as the rapture of scientific discoverer passes beyond the delirious sensations of the drunkard?
The delusions and destructions of our mundane pleasures arise because they are sought for self. In past ages we have drunken deep of this forbidden and fermented juice, and waking to the morrow in this life, try anew to drown our sorrows. This is not the way. The way is to cease looking for pleasure, and look for Duty instead. Then under law all the joys of life necessary to our sustenance will come to us without inconvenient scores to pay.
Man works, eats, plays, sleeps; and in those actions finds pleasure and pain. The Master neither plays nor sleeps; His action is no longer falsely divided into play and work, but unified; and He suffers no pain, for He generates no evil.
So victory over the seeming pains and penalties of the Path only demands transformation of our own nature; useless to claim that we cannot change it; we made it. If work and sacrifice for Humanity seem nothing but a dreariness to which we feel unequal (and who does not go through that slough of despond?) the solution is to call forth that hidden Self to which these activities are not pain, but the very breath of life.
Some time that transformation has to be undertaken by all. Delay for “better conditions” or “another life” avails nothing. Our natures were engendered by action through the ages; only by action will they be changed.
Conditions will not grow better by delay; they will grow worse – from the standpoint of Soul – and finally end in renunciation of the Path for this life and rebirth in the old darkness for another. The task of reform may seem impossible; but its beginning will never be any more possible than now.    TRY!
000
In September 2016, after a careful analysis of the state of the esoteric movement worldwide, a group of students decided to form the Independent Lodge of Theosophists, whose priorities include the building of a better future in the different dimensions of life.
000