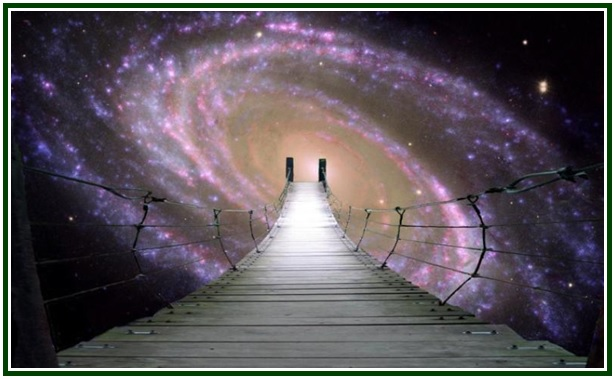 Question:
It is said, in “The Key to Theosophy” and other works of classical theosophy, that the Devachan, the long and blessed stage between two physical incarnations of the same soul, is mayavic or illusory.[1]
How can it be both blessed and mayavic?
Commentary:
The wisdom or problem in such statements is in the way we read them. One should beware of looking at them in one sense only, or as if they were not referring to a multidimensional reality.
The word “Maya” has been much abused since HPB lived, and its real meaning must be examined to begin with. Everything in the world is true in the sense that everything is subject to the One Law, and every mistake will be corrected in due time. But on the other hand each thing, object and experience is mayavic or illusory in the sense that it is impermanent in space-time. [2]
So the elevated and blessed Devachan is “maya” because, although taking a long time – from 1,000 to 4,000 years according to the Mahatma Letters – it is still impermanent.
On the other hand, the Devachan has two stages. In the first one, Rupa Devachan or Devachan with forms, the pure-spiritual version of one’s personality is surrounded by “eternally pleasant” circumstances.
Rupa Devachan is mayavic, as the classical literature of Theosophy says. It is so from the point of view of the material and physical-senses reality. Rupa Devachan shares the nature of dreams. Yet it is much LESS mayavic than the so-called “waking” life, which is obviously a “dream” and often nightmarish. Few people are truly awake while their physical bodies are awake. It is easy to see that most of them follow inaccurate dreams in their so-called waking lives.
One should not think therefore that Helena Blavatsky meant to say Devachan is “more mayavic” than physical life. Rupa Devachan is in fact tremendously true in a deeper sense than the physical “maya” of life.
As to the Arupa Devachan – the Devachan with no images or forms – it is much harder to call it mayavic: it relates to our dreamless sleep.
So from what point of view is the Rupa Devachan mayavic?
It is mayavic for an advanced disciple who has attained a blessed (if also painful) consciousness of Life during his physical existence. Advanced disciples don’t need the elementary-school blessings of Devachan. They can quickly reincarnate to help mankind again and again, as they expand their relation to the seeds of Nirvana.
Devachan is a sublime and spiritual truth for all human beings except advanced disciples and Mahatmas.
Devachan is as true as divine parables are, and metaphors, and symbolic teachings of sacred contents.
The images and “circumstances” present in Rupa Devachan should not be taken literally, therefore. As symbols of one’s soul they are true enough to give us the blessings we deserve between one incarnation and the other. Rupa Devachan prepares the spiritual soul to the deeper, silent and non-visual blessings of Arupa Devachan.
NOTES:
[1] “The Key to Theosophy”, H. P. Blavatsky, Theosophy Co., Los Angeles, see p. 146. Also, “The Mahatma Letters”.
[2] See the article “Truth and ‘Maya’ in Theosophy”, by Carlos Cardoso Aveline. It is published in our associated websites.
000
The above article is reproduced from the March 2015 edition of “The Aquarian Theosophist”.
See more on Devachan in the article “The Process Between Two Lives”, by Carlos Cardoso Aveline. It is available in our associated websites.
000
On the role of the esoteric movement in the ethical awakening of mankind during the 21st century, see the book “The Fire and Light of Theosophical Literature”, by Carlos Cardoso Aveline.