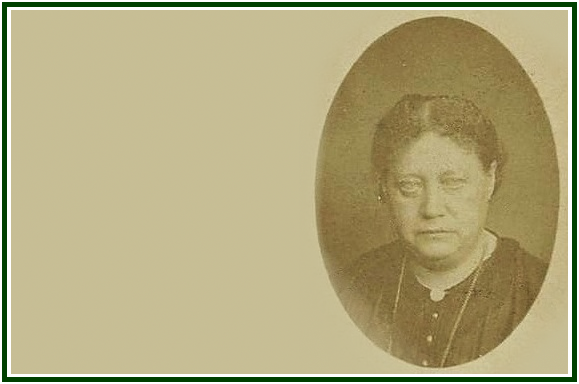 Helena P. Blavatsky (1831-1891)
According to esoteric philosophy, physical sounds and even mental sounds have their occult counterparts.  Inner and subtle aspects of sounds are in a way the “souls” of sounds, and their corresponding effects are projected over the “mantric” levels in Akasha.
The words we use have, therefore, wider spheres of influence than we can always know of. The power of thinking and the act of producing sounds both mentally and physically is connected with rhythmic and sympathetic vibrations, and using it properly is part of the learning process for earnest students.
The fact is well-known that higher thoughts and feelings obey to no boundaries. Distances in space-time are flexible and relative, sometimes even non-existent for subtle energies.
Students of esoteric philosophy might therefore ask themselves questions such as these:
“What words come to our minds, when we think of the founder of the modern esoteric movement?  What physical or mental sounds do we launch to the Akasha, when we think, write or talk about Helena P. Blavatsky, or ‘the Old Lady’ as the Mahatmas referred to her in their Letters?  And what is the best choice as to the way of referring to her?”
The fact that she preferred to be called H.P.B. is registered all over the theosophical literature. This would be enough to infer that she did not prefer being called “Madame”, but there are more evidences about that.
She did not enjoy formalities. In July 1878, soon after she became a North-American citizen, H.P.B. wrote to a newspaper:
“My present business is to take the ‘Gazette’ to task for thrusting upon my unwilling republican head the Baronial coronet. Know please, once for all, that I am neither ‘Countess’, ‘Princess’, not even a modest ‘Baroness’, whatever I may have been before last July. At that time I became a plain citizen of the U.S. of America – a title I value far more than any that could be conferred on me by King or Emperor (…).” [1]
By the mid-1880s, while commenting in a letter to Mr. Alfred P. Sinnett on the several libels then circulating against her, H.P.B. made it clear she did not like to be called a “Madame”:
“That I never was Madame Metrovitch or even Madame Blavatsky is something, the proofs of which I will carry to my grave – and it’s no one’s business.”[2]
Advanced disciples are highly trained in truthfulness and sincerity, and HPB rarely used half-words.
In London, H.P.B.’s student Walter R. Old had not gone astray from the theosophical movement yet, when soon after her death in 1891 he wrote a testimony about her. While describing the way he was personally received by her when they first met, Walter reproduced her words:
“No, I will not be called Madame, not by my best friend, there was nothing said of that when I was christened, and if you please I will be simply H.P.B.” [3]
Although she was a Russian Countess by birth, she chose not to use the title. In the volume one of Henry Olcott’s long autobiographical work, “Old Diary Leaves”, one can find a quotation from a newspaper cutting dated 8 December, 1878. In it a reporter informs the public that she prefers to be called “HPB” -, since she has “sent the title of ‘Madame’ to look for that of ‘Countess’ which she threw away before (….).” [4]
When “The Voice of the Silence” was published in London, the Old Lady wrote this dedication to herself in her personal copy of the book:
“H.P.B. to H. P. Blavatsky, with no kind regards.” [5]
In the 21st century, no well-known woman is called “Madame”. Famous women are addressed by their names, and – in languages other than French – the word “Madame” has evolved for the worse since 19th century. In more than one context the term is now derogatory.
We can still find H.P.B. respectfully called “Madame Blavatsky” in the theosophical literature, and that is correct. Yet Sylvia Cranston had solid reasons never to refer to Blavatsky as “Madame” in her outstanding biography of H.P.B.  Cranston’s work seems to be the turning point in the establishment of a new trend.  All over the world, the number grows of students who refer to the founder of the movement as she preferred to be addressed.  Few have reasons to do otherwise.
NOTES:
[1] Quoted in  the book “HPB – The Extraordinary Life and Influence of Helena Blavatsky, Founder of the Modern Theosophical Movement”, by Sylvia Cranston, published by Jeremy P. Tarcher/Putnam Books, New York, USA, 1993, 647 pp. See page 181, chapter “Last Days in America”.
[2] “The Letters of H.P. Blavatsky to A. P. Sinnett”, Theosophical University Press, Pasadena, CA, USA,  1973,  404 pp., see p. 147.
[3] “In Memory of Helena Petrovna Blavatsky”, by Some of Her Pupils, Theosophical Publishing Society, London, 1891, facsimile reprinting, Theosophical Publishing  House,  London 1991, 96 pp., see p. 39.
[4] “Old Diary Leaves”, Henry S. Olcott,  TPH, India, 1974,  volume I,  p. 455.
[5] The facsimile of this  inscription was published by Mr. C. Jinarajadasa at “The Theosophist”, August 1931 edition, p. 560.
000
The first version of the above text was published at “The Aquarian Theosophist”, in the Supplement to its January 2006 edition. The text also appeared in the July 2012 edition of the magazine, under the title of “H. P. Blavatsky Was Not a Madame”.
000
On the role of the esoteric movement in the ethical awakening of mankind during the 21st century, see the book “The Fire and Light of Theosophical Literature”, by Carlos Cardoso Aveline.