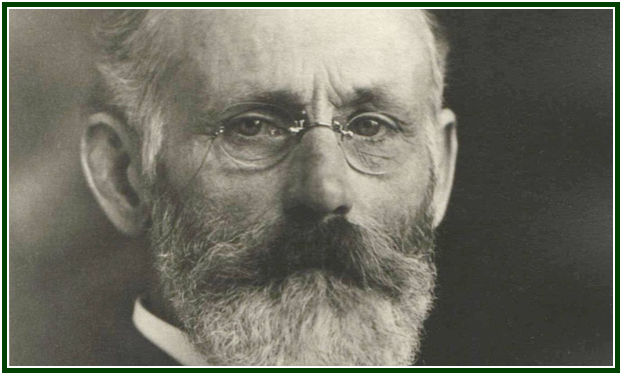 Robert Crosbie (photo) was aware of the importance of the “Letters”
Some theosophical leaders place political and institutional interests above the actual search for truth. They thus prefer to ignore the central importance of the teachings present in “The Mahatma Letters” and “Letters from the Masters of the Wisdom”.[1]
Such naïve and ill-informed people lead thousands of students to various forms of pseudo-theosophy.
The study of the Letters plays a decisive role in the approach to esoteric philosophy. It dissipates comfortable illusions about outward contact with the Teachers. It makes it easier for the student to understand the need to be profoundly honest to himself and to every other being, if he wishes to tread the path to wisdom.
A calm observation of what the Letters say about the actual process of learning breaks the  routine and shows the sad inadequacy of most views of discipleship adopted in conventional schools of theosophical thought.
Attachment to the dead-letter is no real loyalty to the original teachings. One must be loyal to their Spirit or the Inner Meaning present in them. The Letters from the Masters make it clear that the wisdom is not in the words, although the right words point to it. The Letters have therefore various layers of meaning.
In “The Secret Doctrine”, Helena Blavatsky discusses a number of Letters at length and reproduces long passages from them. Indeed, no source is comparable to the Letters regarding topics like discipleship; occult Pedagogy, the actual work of the Masters, their Ethics and the inner side of theosophy.
The Letters appeared in the form of books between 1919 and 1925. Before that, they circulated as private documents among theosophists who were deeply committed to the Cause of humanity. Robert Crosbie (1849-1919) knew them and he wrote:
“The kind of Theosophical education that is needed is one that will not feel bewildered by any turnings aside of individuals, no matter how high or advanced they may appear to have been. All prate about the ‘original lines’; what are they? Well, W. Q. Judge wrote after H. P. B. had gone, that we must go to Her and the Master’s letters for the ‘program’.” [2]
The teachings from the Masters can only be properly understood when studied in-depth and while one is aware of its various levels. While interacting with the Letters and other classical writings, a theosophist becomes an active researcher.
The small Independent Lodge is among the few sectors of the theosophical movement which have already renounced to second-hand views regarding discipleship and other issues, and  awakened to the central importance of the Letters. In due time, such pioneers should get more numerous.
NOTES:
[1] The two compilations can be found online by their titles. The “Letters from the Masters of the Wisdom” were published in two volumes or “series” by the TPH and are available in our associated websites in PDF, alongside with “The Mahatma Letters”.
[2] “The Friendly Philosopher”, Robert Crosbie, Theosophy Company, Los Angeles, USA, 1945, 416 pp., see p. 174. See also the article by John Garrigues entitled “On the Mahatma Letters”, which is easy to find in our associated websites.
000
An initial version of the above article was published at “The Aquarian Theosophist”, May 2017, pp. 2-3. It had no indication as to the name of the author.
000
The books “The Mahatma Letters” and “Letters from the Masters of the Wisdom” (first series and second series) are easy to find in our associated websites through the List of Texts in Alphabetical Order.
000
On 14 September 2016, after examining the state of the esoteric movement worldwide, a group of students decided to found the Independent Lodge of Theosophists. Two of the priorities adopted by the ILT are learning from the past and building a better future.
000