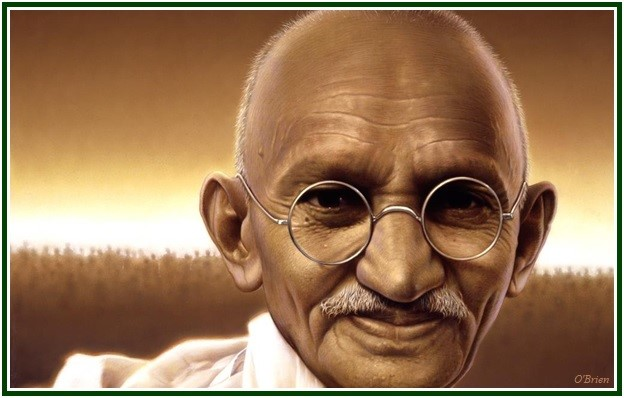 Mahatma Gandhi thought of a non-violent, community-centered
civilization based on the principles of peace, ethics and good-will.
Some good-willing citizens may believe that universal brotherhood – the first goal of the modern theosophical movement – has a “globalist” view of the world.
The question then emerges: does the theosophical project in any way propose or suggest a formal “unification” of the world?
The answer is clear:
“No. Not at all.”
Globalism proposes a political and economic, even cultural unification of the world. Monoculture is a disease in Ecology as in Sociology. The garden of human realm needs diversity to be strong and bear spiritual fruits.
Theosophy has a profound respect for cultural differences. It cherishes local traditions. It defends the spiritual heritage of every nation and each ethnicity. It also does not think or teach that the sovereignty of nation-states should be boycotted or undermined.
Universal brotherhood has nothing to do, therefore, with uniformity of outer aspects in the visible realms of social life. A healthy federation of nations will respect the independence of each one of them.
Side by side with Ecology, modern Theosophy celebrates the diversity of life and the cultural contrast among peaceful nations.
Universal brotherhood depends on inner communion and mutual understanding. It celebrates friendship. It teaches that differences lead to creativity and transcendence.
The Jesuits and the Vatican were globalists as long as they could. They wanted to establish a global theocratic empire. Martin Luther’s Reformation and many other cultural movements helped restore respect for the plurality of nations and the diversity of thought.
Napoleon Bonaparte dreamed of “a politically unified world”. The result was a disaster. The 18th century founders of the United States of America believed in the independence of communities. The result was victory and progress for the soul.
Adolf Hitler and Benito Mussolini, two criminals, may have presented themselves as nationalists for propaganda sake: in fact, they were clearly globalists. Hitler wanted global power. He desired to destroy nations and did so to some extent. The result was worldwide disaster. On the other hand, Mahatma Gandhi and Winston Churchill, among many other friends of mankind, believed in the rights of nations to exist, to be independent, and to dissent from one another in peace. Theodor Herzl worked in the same direction. The result was the preservation of diversity and respect among nations.
The first object of the theosophical movement is defined as “forming a nucleus of Universal Brotherhood of Humanity, without distinction of race, creed, sex, caste or color”.
Theosophy fights prejudice against any nation or ethnicity. It respects the different forms of cultural tradition. It teaches harmlessness with regards to all life, especially among human beings. It is against abortion, for instance. Theosophy opposes anti-Semitism. It is against anti-Zionism and all forms of systematic hatred. It stimulates universal good-will. Its philosophy is a philosophy of love for life, and love for the universe.
000
The text “Of Globalism and Brotherhood” was published in our associated websites on the 28th of November, 2018. It can also be seen at our blog in “The Times of Israel”.
000
Click to read the article “Europe and World Federation”.
See the 1885 poem “The World Federation After the War”, by the British poet Alfred Tennyson.
000
On 14 September 2016, after examining the state of the esoteric movement worldwide, a group of students decided to found the Independent Lodge of Theosophists. Two of the priorities adopted by the ILT are learning from the past and building a better future.
000