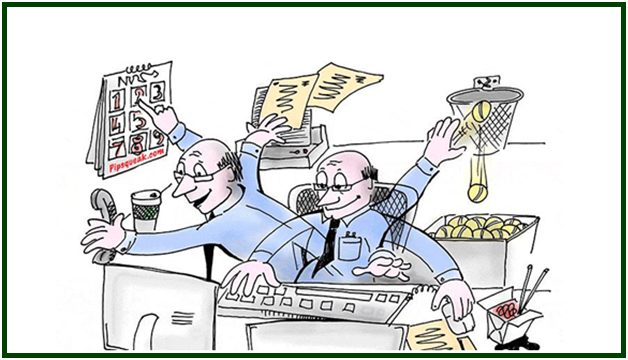 The idea of interruption means a break in continuity.  One’s actions and perceptions are supposed to be stable along the line of time and to suffer occasional interruptions.
What can we say of the numerous situations where interruption is continuous?
A thoughtless mind results from permanent interruption. Whenever thought and emotion are subject to a constant change of substance or direction, they remain dependent on meaningless superficialities and obey to the lower instinctive mind.
One basic characteristic of the culture dominated by electronic devices is the ceaseless automatic interference with the minds and actions of millions of individuals.
Propaganda strategies and the mass media controlled by commercial interests try to keep the citizen limited to his role as a consumer. They “guide” him by stimulating various kinds of blind automatic impulses in his emotional mind. From the point of view of commercial activities and mind manipulation, a constant interruption is most important. Due to it the minds of citizens get to be weak, fragmented, having no clear direction and becoming an easy prey to electronic hypnotism.
Theosophy teaches self-control. It tells us how to abandon emotional anxiety, avoid mental dispersion and hear the voice of inner conscience. A theosophist leaves aside the superficial habits associated with haste and transcends the illusion which induces many to think that “time is scarce”.
A citizen of good-will can learn to be the director of his own life. He is invited to stop the process of constant interruption. He learns to create his own rhythms. He listens to himself and directly cooperates with the long-term project of his spiritual soul.
Every self-responsible citizen has the right to form his own thoughts; to hear his feelings and calmly evaluate his actions and the actions of others. It is up to him to preserve the time necessary to take practical lessons from everything he sees and observes.
Being independent implies a degree of humbleness and of voluntary simplicity. Detachment is necessary regarding secondary issues. The task ahead is to reduce one’s own waste of time. The mystery of efficiency in the use of vital energies is not easy to solve, and tackling it demands an undivided attention until one gradually attains an invisible bliss.
000
An initial version of the above article was published at the July 2016 edition of “The Aquarian Theosophist”, pp. 14-15, under the title of “Interrupting the Culture of Interruption”. It had no indication as to the name of the author.
000