Occult Wisdom Is as Old as Humanity
Helena P. Blavatsky 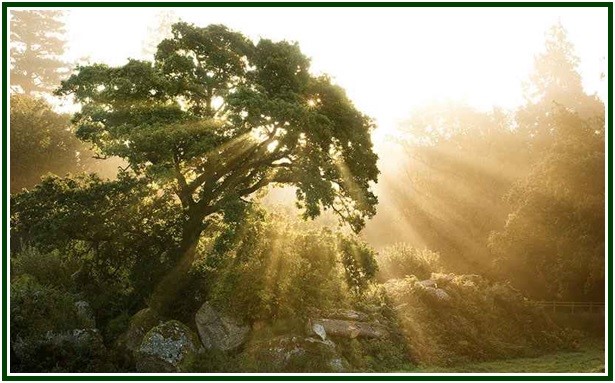 0000000000000000000000000000000000000000000
Editorial Note:
The following paragraphs are reproduced
from the book “Isis Unveiled”, by Helena P.
Blavatsky, published by J. W. Bouton in New
York in 1877, and also published by Theosophy
Co., Los Angeles. See volume I, pages 17-19.
Longer paragraphs were divided into smaller
ones, in order to facilitate a contemplative reading.
(CCA)
0000000000000000000000000000000000000000000000
Maimonides, the great Jewish theologian and historian, who at one time was almost deified by his countrymen and afterward treated as a heretic, remarks, that the more absurd and void of sense the Talmud seems the more sublime is the secret meaning. This learned man has successfully demonstrated that the Chaldean Magic, the science of Moses and other learned thaumaturgists was wholly based on an extensive knowledge of the various and now forgotten branches of natural science.
Thoroughly acquainted with all the resources of the vegetable, animal, and mineral kingdoms, experts in occult chemistry and physics, psychologists as well as physiologists, why wonder that the graduates or adepts instructed in the mysterious sanctuaries of the temples, could perform wonders, which even in our days of enlightenment would appear super-natural? It is an insult to human nature to brand magic and the occult science with the name of imposture. To believe that for so many thousands of years, one-half of mankind practiced deception and fraud on the other half, is equivalent to saying that the human race was composed only of knaves and incurable idiots. Where is the country in which magic was not Semothees? At what age was it wholly forgotten?
In the oldest documents now in our possession – the Vedas and the older laws of Manu – we find many magical rites practiced and permitted by the Brahmans. [1] Thibet, Japan and China teach in the present age that which was taught by the oldest Chaldeans. The clergy of these respective countries, prove moreover what they teach, namely: that the practice of moral and physical purity, and of certain austerities, develops the vital soul-power of self-illumination. Affording to man the control over his own immortal spirit, it gives him truly magical powers over the elementary spirits inferior to himself.
In the West we find magic of as high an antiquity as in the East.
The Druids of Great Britain practised it in the silent crypts of their deep caves; and Pliny devotes many a chapter to the “wisdom” [2] of the leaders of the Celts. The Semothees, – the Druids of the Gauls, expounded the physical as well as the spiritual sciences. They taught the secrets of the universe, the harmonious progress of the heavenly bodies, the formation of the earth, and above all – the immortality of the soul. [3]
Into their sacred groves – natural academies built by the hand of the Invisible Architect – the initiates assembled at the still hour of midnight to learn about what man once was and what he will be. [4]
They needed no artificial illumination, nor life-drawing gas, to light up their temples, for the chaste goddess of night beamed her most silvery rays on their oak-crowned heads; and their white-robed sacred bards knew how to converse with the solitary queen of the starry vault. [5]
On the dead soil of the long by-gone past stand their sacred oaks, now dried up and stripped of their spiritual meaning by the venomous breath of materialism. But for the student of occult learning, their vegetation is still as verdant and luxuriant, and as full of deep and sacred truths, as at that hour when the arch-druid performed his magical cures, and waving the branch of mistletoe, severed with his golden sickle the green bough from its mother oak-tree. Magic is as old as man.
It is as impossible to name the time when it sprang into existence as to indicate on what day the first man himself was born. Whenever a writer has started with the idea of connecting its first foundation in a country with some historical character, further research has proved his views groundless.
Odin, the Scandinavian priest and monarch, was thought by many to have originated the practice of magic some seventy years B.C. But it was easily demonstrated that the mysterious rites of the priestesses called Voilers, Valas, were greatly anterior to his age. [6]
Some modern authors were bent on proving that Zoroaster was the founder of magic, because he was the founder of the Magian religion. Ammianus Marcellinus, Arnobius, Pliny, and other ancient historians demonstrated conclusively that he was but a reformer of Magic as practiced by the Chaldeans and Egyptians. [7]
NOTES BY HPB:
[1] See the Code published by Sir William Jones, chap. ix, p. 11.
[2] Pliny: “Hist. Nat.”, xxx. I: Ib., xvi, 14; xxv, 9, etc.
[3] Pomponius ascribes to them the knowledge of the highest sciences.
[4] Cæsar, iii, 14.
[5] Pliny, xxx.
[6] Munter, on the most ancient religion of the North before the time of Odin. Mémoires de la Société des Antiquaires de France. Tome ii, p. 230.
[7] Ammianus Marcellinus, xxvi, 6.
000
Click to see the book “Isis Unveiled” in PDF in our websites.
000
The text “The Celtic Druids and Magic Tradition” was published in our associated websites as an independent article on the 15th of November, 2018.  Part of it is included in the May 2017 edition of “The Aquarian Theosophist”, pp. 7-8, under the title “On the Celtic Druids”.
000
Regarding the Druids, see in our associated websites the article “An Old Celtic Legend of Atlantis”.
000
E-Theosophy e-group offers a regular study of the classic, intercultural theosophy taught by Helena P. Blavatsky (photo).