The Most Decisive Factor in Human Survival
Pitirim A. Sorokin 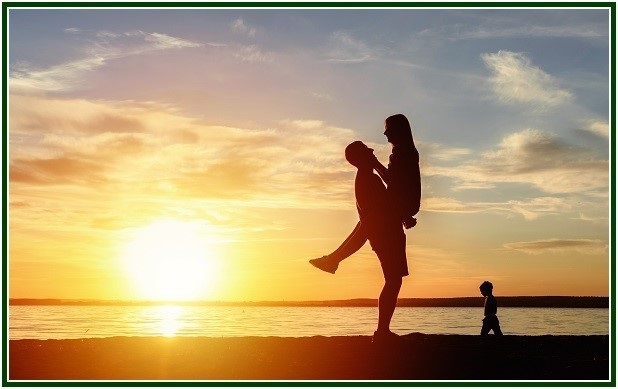 Marriage is a social evidence of the physical, mental, emotional, spiritual, and civic maturity of the individual. It involves the momentous transformation of a boy into a husband-father, and of a girl into a wife-mother, with corresponding changes in their social positions, privileges, and responsibilities.
For a large majority of men and women, marriage is the most vital, the most intimate, and the most complete unification of body, mind, and spirit into one socially approved, indivisible “we”. In a good marriage, the individual egos of the parties merge. The joys and sorrows of one become the joys and sorrows of the other. All their values, aspirations, and life-experiences become fully shared. Their mutual loyalty is unconditionally pledged until death do part them. The bond of marriage is truly sacred and indissoluble.
Such an all-embracing union serves as the most powerful antidote against loneliness. It develops and expresses love at its noblest and best, in the moral ennoblement of the married and the true socialization of their children.
From the remotest past, married parents have been the most effective teachers of their children, and the family has been the most important school for the transformation of newly-born human animals into intelligent, socially responsible personalities. This decisive educational role is well summed up in the dictum:
“What the family is, such will the society be.”
Furthermore, the cultivation of mutual love and the task of educating their children stimulate married persons to release and develop their best creative impulses. For surely the mission of molding their own and their children’s personalities is as ennobling as the creation of a masterpiece in the arts or sciences. And regardless of education, social status, religion, or economic conditions, each married couple derives from a good marriage the fullest satisfaction of this creative urge which is in all of us.
In this sense, marriage is the most universal and the most democratic school for the development of the creative potential of every human being. This creative urge is possibly the most distinctive mark of the human species, and its satisfaction is an absolute necessity for human happiness.
Enjoying the marital union in its infinite richness, parents freely fulfill many other paramount tasks.  They maintain the procreation of the human race. Through their progeny they determine the hereditary and acquired characteristics of future generations. Through marriage they achieve a social immortality of their own, of their ancestors, and of their particular groups and community. This immortality is secured through the transmission of their name and values, and of their traditions and ways of life to their children, grandchildren, and later generations.
The fulfillment of these tasks explains why marriage has been regarded by all societies as the culminating point of human existence, and as the most decisive factor in the survival and well-being of the societies themselves.
000
From the book “The American Sex Revolution”, by Pitirim A. Sorokin, Porter Sargent Publisher, Boston, USA, 1956, 186 pp., see pp. 4-6. The book is available in the associated websites.
The article is also part of the September 2019 edition of “The Aquarian Theosophist”, pages 1-2. It was published as an independent item at the associated websites on 25 January 2021.
000
Read “The Five Dimensions of Love” (Pitirim A. Sorokin’s Practical Approach to Altruism).
Consider examining the article “Turning a House Into a Temple”.
Take a look at “Love Without Violence”, by Erich Fromm, and “Of Work and Love”, by Kahlil Gibran.
000