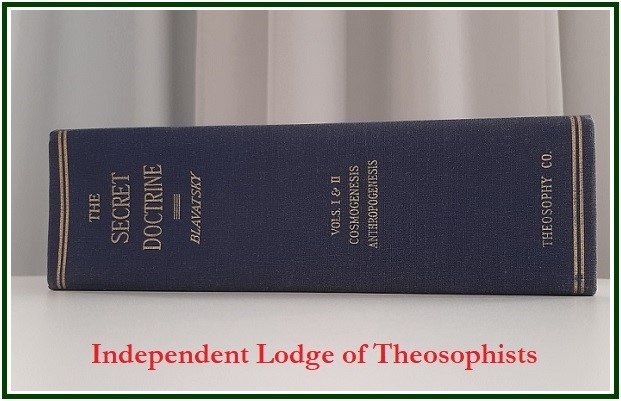 00000000000000000000000000000000000000000
An Editorial Note:
The following article is reproduced from
the December 2004 edition of ‘The Theosophical
Movement’ Magazine, Mumbai, India, pp. 64-65.
Since last century theosophists in general have used
contraceptives. Not one of the theosophical esoteric
schools seems to have questioned such a practice.
Therefore the present publication of this 2004 text
could not, and does not, aim at condemning any couple
for adhering to the common practice of using contraceptives.
The publication of the article serves the humble purpose
of sharing with our readers elements of information whose
importance is self-evident. The article frankly discusses the
role played by sex in our civilization. It demonstrates the sacred
character of intimate love. It shows the karmic responsibility
involved in marriage, and invites us to examine our priorities.
At the same time, there is a clear connection between the two poles
of human love and energy, as mentioned in this article, and the two
poles of our planet.[1] Microcosm and macrocosm are inseparable.
(The Editors of “The Aquarian Theosophist”)
000000000000000000000000000000000000000000000000000000000
Question:
What is the Theosophical view regarding the use of contraceptives?
Answer:
Theosophically, it is wrong to use contraceptives as it is tantamount to misusing the creative powers. The main function of the sexual activity is production of progeny. H.P. Blavatsky describes the laws of Manu on connubial life as “far-seeing and morally beneficent”. She writes: “The Brahmin was a grihastha, a family man, till a certain period of his life, when after begetting a son, he broke with married life and became a chaste Yogi. His very connubial life was regulated by Brahmin astrologers in accordance with his nature”. (“The Secret Doctrine”, volume I, p. 411, footnote)
Further, by using contraceptives, we prevent the egos waiting to incarnate, to come into the world. Selfish economic considerations have produced the movement of birth control. It encourages youth to gratify promiscuously their lust. This evil is widespread. It is sex impurity which corrupts marriage. Sex immorality has taken hold of our civilization. The best method is that suggested by Gandhiji [Mahatma Gandhi], namely, abstention and self-control. The Theosophical view regarding the use of contraceptives is expressed in the article “The Problem of Sex” (The Theosophical Movement magazine, volume 22, p. 123, April 1952):
“Physical birth-control methods have vast potentialities for harm, because of their unnatural, gross character (since the sex act is not merely physical); and, though the astrological method of avoiding conception though indulging in marital relations is only the lesser of two evils, and was – up to the beginning of the present race – regarded as sin and sorcery, yet it is preferable to the crude and empiric methods of ignorant materialism. The occult influence of the moon and its conjunction regulate conceptions, and marital relations during certain lunar phases are known to be sterile. Indulgence at those times was considered as sorcery, but, being based on the knowledge of the human psycho-physical constitution, it is less dangerous to it than the empiric methods, though the moral responsibility and retribution cannot be evaded.”
One desiring to live the Higher Life must learn to control the animal nature, as the sex act on the physical plane proportionately diminishes the activity of the creative power on the higher plane. There is a direct relation between sexual act and pineal gland. In the article “The Pineal Gland and Morality” (The Theosophical Movement magazine, volume 7, March 1937, p. 72), we are told:
“Practical Occultism founded on the Esoteric Philosophy recognizes the direct and intimate connection subsisting between the Pineal Gland and the genitalia. These two are creative poles, and when one is positive and active, a proportionate negative and passive condition is produced in the other. When the North Pole of the Pineal Gland is active, it creates children of ideas and thoughts; when the South Pole of the generative organ is active, children of the flesh are created.”
“The Pineal Gland is the Heart of the Mind – the seat of Love without trace of lust, seat of Compassion without any trace of passion. In the ordinary individual both the Pineal Gland and the genitalia are active by turns, and therefore he is a mixture of lust and love, of passion and compassion, of evil and good. Our moral perceptive capacity and our mental creative faculties are impaired and distorted when the Pineal Gland becomes only the feeder of genitalia. Marriage as a spiritual institution and the foundation of the Householder stage (grihastha ashrama) offers the necessary means of adjustment between the two creative poles. It will be readily seen why Occultism strongly opposes mechanical devices for birth prevention; such frustrate the very purpose of Marriage. Occultism also recognizes the higher stage in which the Yogi observes strict celibacy for the harmonious development of psycho-spiritual powers.”
NOTE:
[1] Regarding the correlation between the poles of the planet and the poles of human consciousness, see the articles “Human Ethics and Earthquakes” (by Damodar Mavalankar) and “Change in the Poles of Our Planet”.
000
The above article, first published in “The Theosophical Movement” magazine, India, is also part of the September 2021 edition of “The Aquarian Theosophist”, pages 9-11. It is here reproduced from the Aquarian, where its title is: “Has Sex Immorality Taken Hold of Our Civilization?”
000
Read more:
* The Five Dimensions of Love.
* How Women Enlighten the Future.
* The Spiritual Power of Marriage.
000